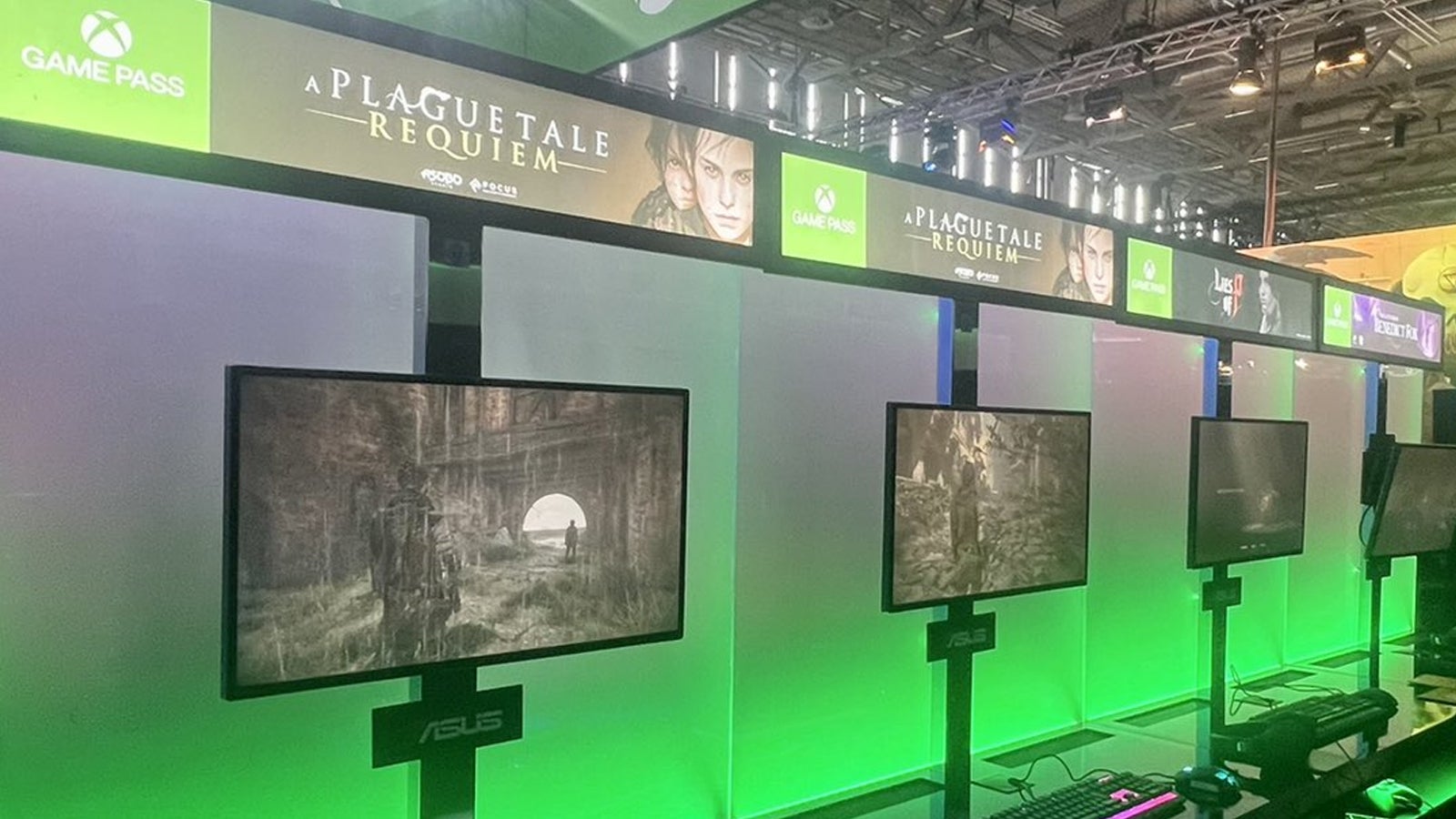 UPDATE 8pm UK: Tonight's Opening Night Live showcase has confirmed Lies of P will launch directly into Xbox Game Pass when it arrives at some point in 2023.

These include Lies of P, a bizarre Pinocchio game that looks a bit like Bloodborne which we've had our eyes on for some time. You can see its logo towards the right of the photo above.

Another demo station is for You Suck at Parking. Like Lies of P, there had been no prior indication these were headed to Game Pass.

The frankly disturbing-looking Lies of P.

Was this a slip up by Greenberg ahead of official announcements at Gamescom's Opening Night Live ceremony? Or was it a deliberate tease? Greenberg's job is marketing, after all.

Join us tonight for coverage of Opening Night Live as it happens, from 7pm UK time.

Source: https://www.eurogamer.net/xbox-gamescom-booth-lists-bizarre-pinocchio-game-lies-of-p-for-game-pass
We use cookies to ensure that we give you the best experience on our website. If you continue to use this site we will assume that you are happy with it. Ok