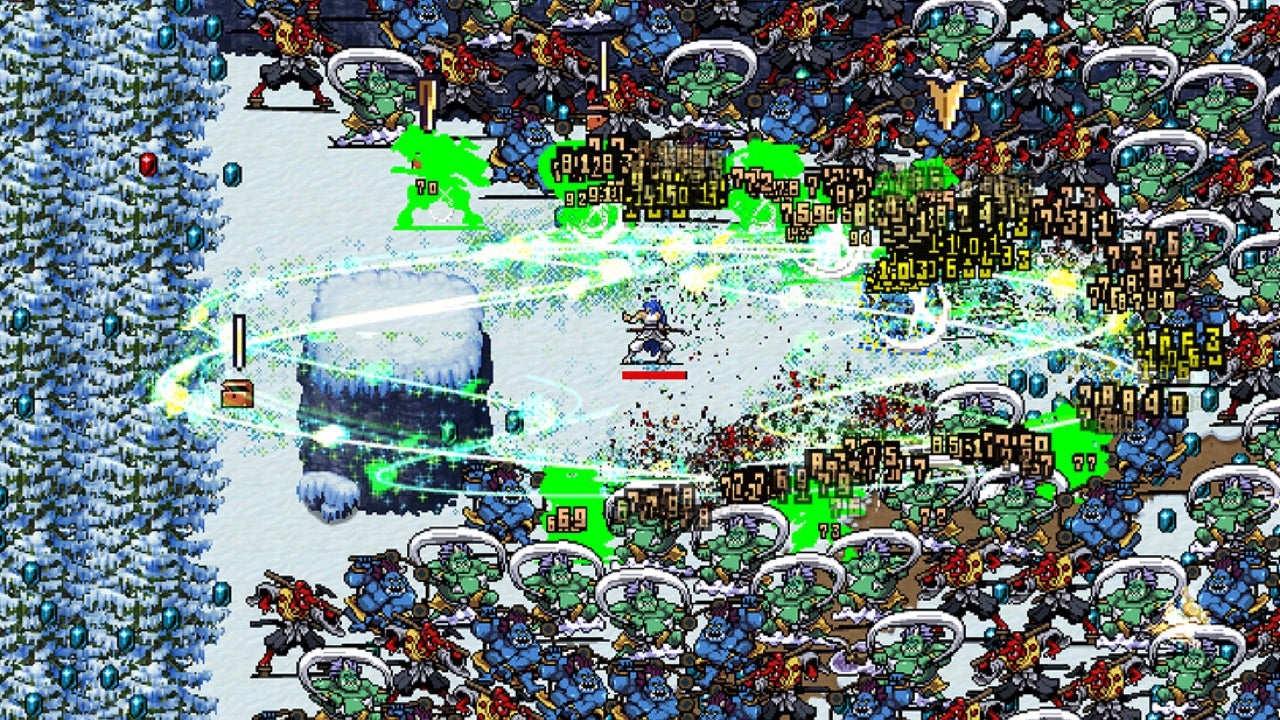 Vampire Survivors, the acclaimed minimalist survival RPG from developer Poncle, is getting its first dollop of paid DLC next week in the form of Legacy of the Moonspell, arriving next Thursday, 15th December, on Xbox and PC.

"In eastern lands, a clan has fallen," explains Poncle in its DLC announcement post. "The Moonspell, once vigilant guardians of a sorcerous valley nestled in the mountains, have been overrun by hordes of yokai and oni. Though treacherous, this hive of spectral activity may provide some clue as to the location of a vampire. If not, at least it'll be entertaining to defeat thousands of wayward spirits in the process."

But that's not quite everything! The DLC also adds 13 moon-powered weapons, including Silver Wind (an "ancestral force unleashed by the staff of the Moonspell Clan"), the Summon Night (which "drips with the darkness of the new moon"), an enchanted kimono known as the Mirage Robe, and the Four Seasons, a set of season-changing orbs.

If all that takes your fancy, you won't need to worry about breaking the bank; Legacy of the Moonspell will cost $1.99 USD when it comes to Steam and Xbox on 15th December.

Source: https://www.eurogamer.net/vampire-survivors-first-dlc-legacy-of-the-moonspell-arrives-next-week
We use cookies to ensure that we give you the best experience on our website. If you continue to use this site we will assume that you are happy with it. Ok