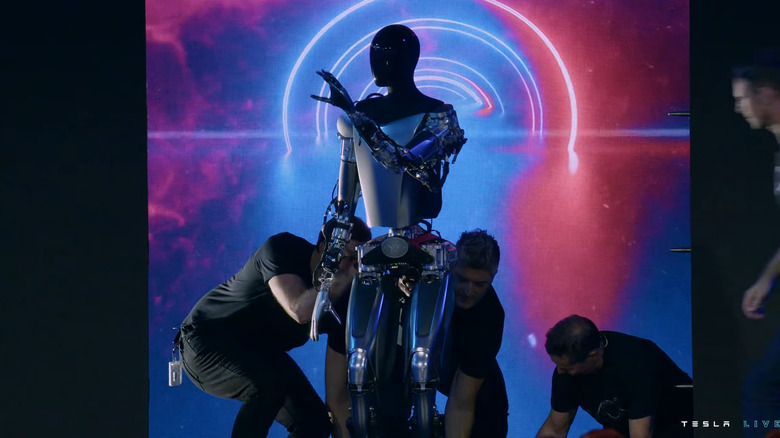 Tesla's working Optimus prototype robot wasn't the only surprise Elon Musk had at Tesla AI Day 2022. The outspoken billionaire sparked no shortage of jokes last year, when he announced he wanted the car company to launch a humanoid robot commercially. Then, it was a person wearing a stretchy suit and dancing; today, it's a real robot.

The first Tesla Optimus prototype was the handiwork of six months development, the automaker's team says. It doesn't quite match up to the promises Musk made in 2021, but it's able to support itself, walk around, and wave. It's also built around Tesla's own self-driving computer. 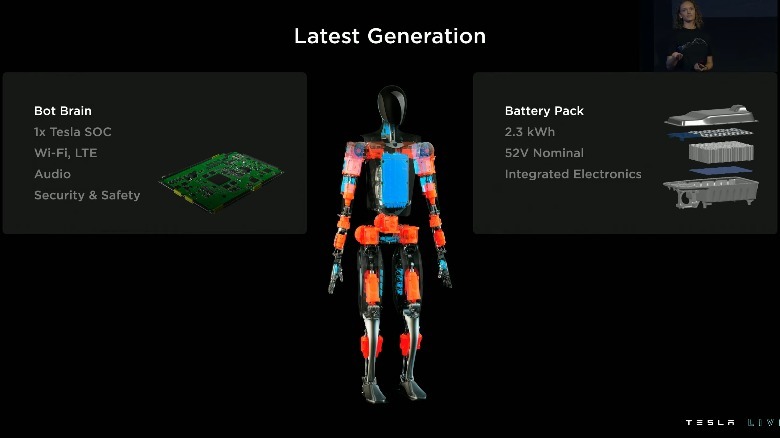 That's usually found inside Tesla cars, where it's responsible for Autopilot. In fact, Tesla is using the same learning processes for the Optimus robot, only instead of tracking other vehicles, pedestrians, and cyclists, it's identifying what it might want to pick up or otherwise manipulate in a factory or office situation. 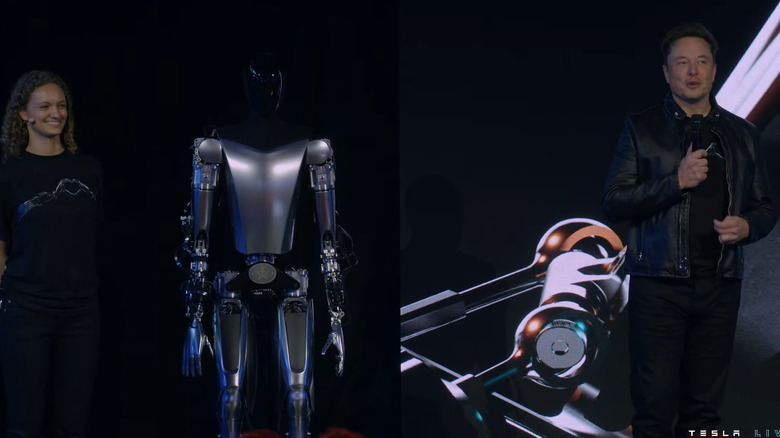 Musk then brought out a much more recent prototype of Optimus. In fact, it's the first version of the robot that Musk hopes to launch commercially. It's capable of moving all of its fingers independently, with opposable thumbs on both hands with two degrees of feedback. Sensors are inside the hands, controlled by a computer actually built into the hand itself. 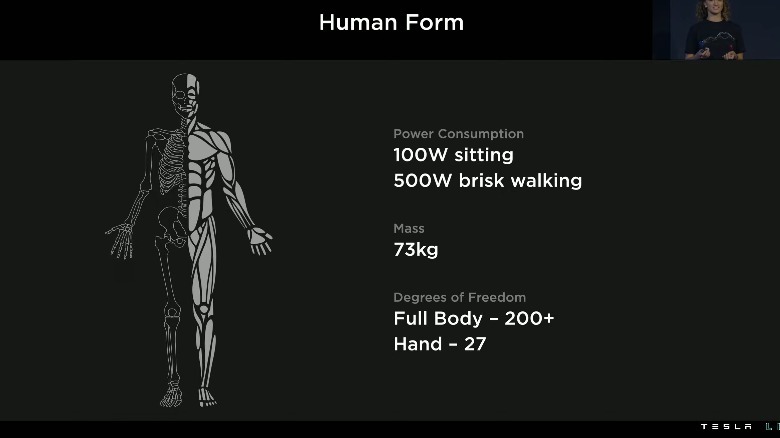 That means the hands can keep track of where they are in space — known as proprioception — as well as what they're holding. The central computer, meanwhile, is a Tesla-designed SoC with WiFi and LTE for permanent connection. The battery, too, is Tesla-developed, a 2.4 kWh battery pack that's built into the chest of Optimus.

It's expected to last for a full day's work, though what exactly that will comprise is unclear at this stage. "There's still a lot of work to improve Optimus," Musk concedes, "and refine it."

Priced less than a car 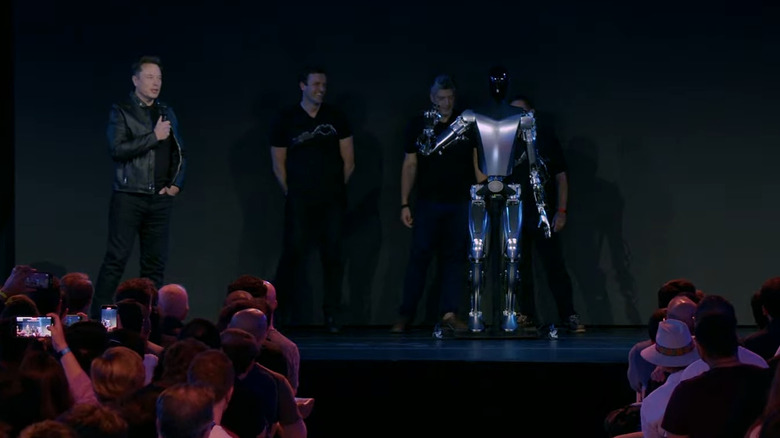 Still, the Tesla CEO is gung-ho about the potential here. "Our goal is to make a useful humanoid robot as soon as possible," Musk said. "We've also designed it with the same discipline as we design the car ... so that it's possible to produce the robot at high volume and low cost, with high reliability."

To achieve that, Tesla is borrowing strategies and technology from its automotive divisions. The knee joint, for example, is inspired by human knees. However Tesla is also using crash tests similar to those its cars go through, to make sure that any damage to the robot from a fall will only be superficial. 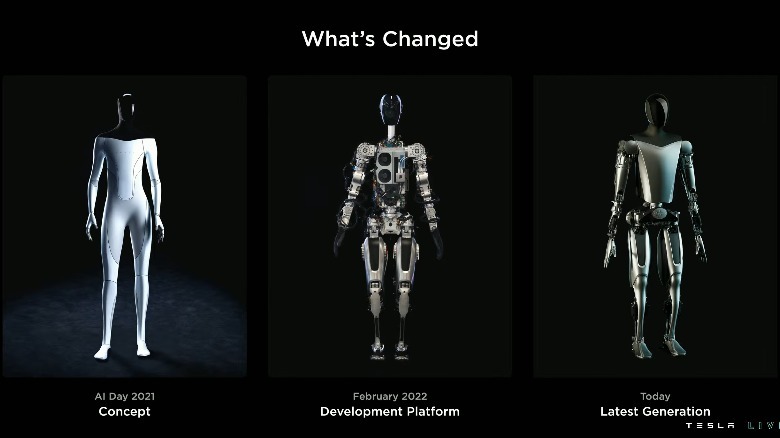 The biggest surprise — and perhaps the largest challenge Tesla faces — is pricing, where Musk is being highly ambitious. "It's expected to cost much less than a car," the CEO said of the production Optimus. "It's probably less than $20,000, that would be my guess." That's considerably cheaper than even Tesla's cheapest car.

It's unclear when, exactly, sales might be able to begin, and clearly Optimus is still in development with months or years of work ahead, the robot team admits. Nonetheless, Musk is already aware that there could be skepticism — or outright hostility — to what is in the pipeline here. "It really is a fundamental transformation of civilization as we know it," he acknowledged. "Obviously we want to make sure that transformation is a positive one, and safe."

Source: https://www.slashgear.com/1034101/this-is-the-tesla-optimus-robot-elon-musk-expects-to-cost-less-than-a-car/
We use cookies to ensure that we give you the best experience on our website. If you continue to use this site we will assume that you are happy with it. Ok