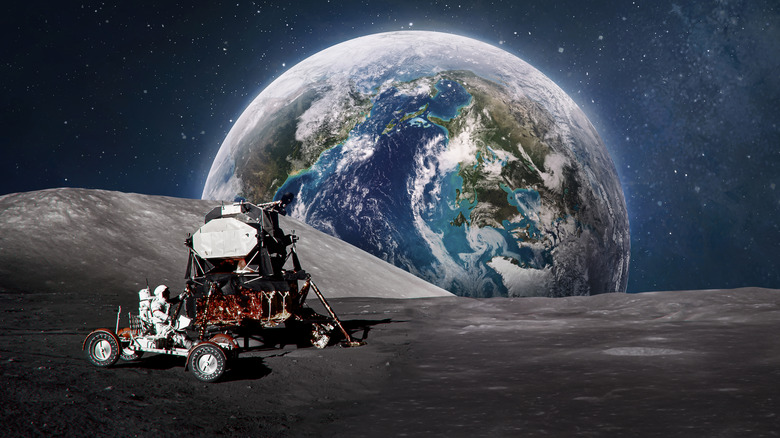 General Motors has rolled out a new simulator that allows people who have dreamed about what it's like driving on the surface of the Moon to experience exactly that. For many, the Apollo missions launched a unique excitement about what space has to offer humanity. In total, humans have reached the Moon six times and 12 different people have set foot on its surface (via History).

With a renewed interest in reaching the Moon, there has been much buzz in the air about what this new set of missions might look like. The Artemis I has now lifted off, and plans for future lunar exploration are very much back in focus and on track. NASA reports that in the next few years, a person of color and a woman will be among those putting human footprints on the Moon once again.

PopSci reports that when the Artemis missions eventually place humans on the Moon, much of the transportation will be done with autonomous driving technology. However, this doesn't make the prospect of jumping into a lunar rover simulator any less exciting. 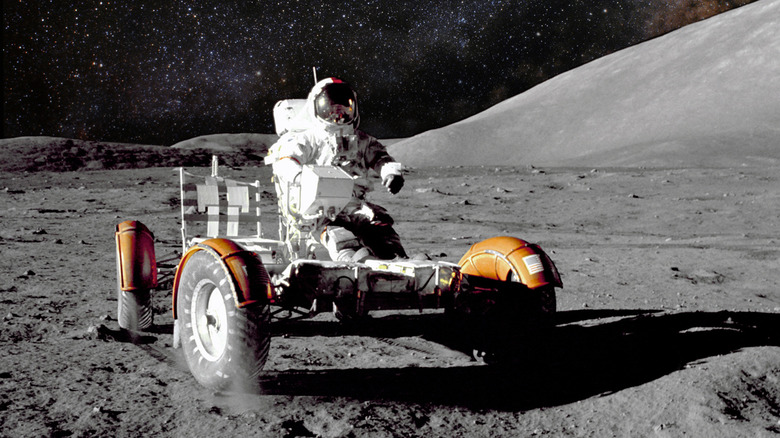 General Motors' new rover simulator puts you in control of the same technology, in a much-upgraded form, that last touched down on the Moon's surface and allowed astronauts to drive across its terrain (via Motor Trend).

The simulator itself is situated in a dark room and makes use of a 26-foot diameter display, providing a 280-degree field of view for the driver (via PopSci). The simulator does not reproduce the full tactile experience of driving on the Moon, but it does use a motion feature that mimics the Moon's gravity and gives users a true 1 square kilometer map of the Moon's south pole.

The simulator isn't going to blow your socks off with speed or physical momentum (in the same way a simulator ride at Disney World might), but it does provide a unique window into the life of an astronaut lucky enough to experience a moonwalk and the resulting exploration that follows. GM built the original rovers that landed on the Moon's surface, so it's only fitting that the company has developed a simulation device that mimics what it might feel like to experience the phenomenon of driving there.

Driving must be done gingerly on the Moon 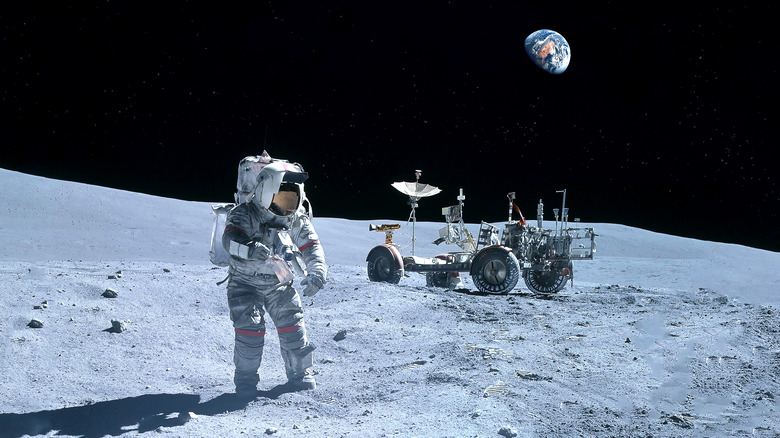 Cosmos Magazine reports that driving on the Moon is a lot like driving in the midst of an ice storm, as recounted by Charlie Duke, an Apollo 16 astronaut. Because the Moon's gravity is so diminished in comparison to the Earth's, driving any sort of vehicle on the lunar surface requires a light touch. Sudden movements can spell disaster. NASA notes that astronauts were always conscious of movements such as sudden turns, which could tear off an axle or wheel and potentially leave the team stranded.

CNBC also notes that the new lunar vehicles will sport a top speed of 12 mph. Yet, all this new pace injected into the machine won't likely result in a set of daredevil drivers. Breakage can spell the end of a mission and potentially even result in disaster for the crew, who are relying on the vehicle to cross the lunar surface, if available air reserves run out after the breakdown occurs. Both astronauts training for the real thing on future Artemis missions and civilians who have been lucky enough to experience the technology have needed to use caution as they come to grips with the virtual world that mirrors the amazing terrain of the lunar surface up above us.

Source: https://www.slashgear.com/1118206/this-general-motors-simulator-lets-you-experience-driving-on-the-moon/
We use cookies to ensure that we give you the best experience on our website. If you continue to use this site we will assume that you are happy with it. Ok