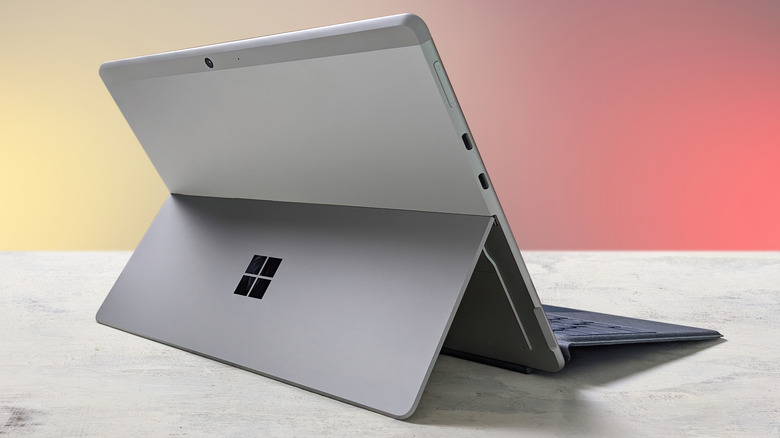 Although the M1 Macs have reignited interest in the use of ARM-based chips for desktops and laptops, Apple technically wasn't the first big tech company to try it. Ever since the ill-fated Surface RT, Microsoft has been trying to market a desktop-worthy device powered by an ARM processor. It hasn't met the same success as Apple's homegrown silicon, at least so far, but that doesn't mean the Redmond company is ready to throw in the towel just yet. Microsoft has been admittedly silent on that front, but it seems it's picking up steam based on the arrival of fresh — although unofficial — details. The bad news is that Microsoft may be retiring the Surface Pro X. The good news is that it will most likely promote its successor to the level of a Surface Pro.

The benefits of an ARM-based computer have already been proven by the success of the M1 Macs and MacBooks, not to mention years of data from smartphones and tablets. ARM processors are known for their power and space efficiency, and the most recent breed of such processors has proven to be as capable as some of Intel's offerings. There is almost no disadvantage to be found other than compatibility with software and peripherals, both of which are slowly being resolved.

Unfortunately, Microsoft hasn't had much success on that front. The Surface RT was pretty much seen as a joke because of the dismal performance and app selection of Windows RT. While the Microsoft Store situation has improved, later devices using Qualcomm's Snapdragon chipsets didn't exactly inspire confidence in performance. The closest Microsoft got was its own Surface Pro X, and that is apparently being retired.

Surface Pro 9 with Windows on ARM 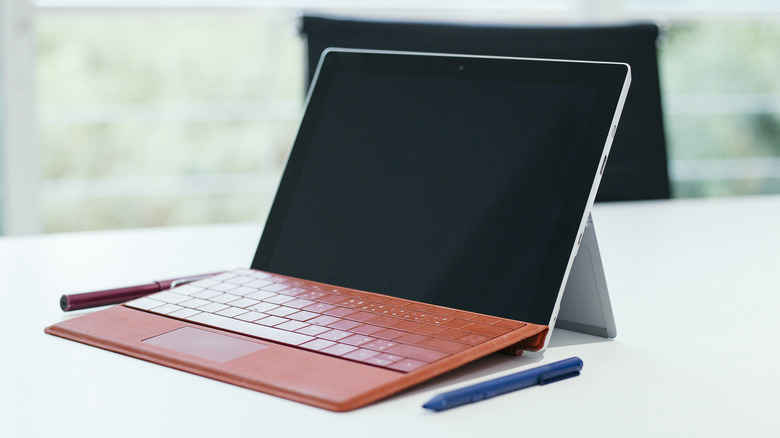 According to Windows Central, the next 2-in-1 Surface Pro generation will be available with two choices of processors. The most obvious one will be models using 12th-gen Intel processors of the "P" variety. This is expected to have significant gains over the Surface Pro 8 despite only a single generational difference. Interestingly, there is still no AMD option to be found.

The other variant will reportedly instead use a Qualcomm Snapdragon processor, which could have the same processor as the Project Volterra mini-PC. That would be a Snapdragon 8cx Gen 3 accompanied by a dedicated Neural Processing Unit (NPU) to power AI capabilities. Of course, the exact performance of this silicon is still unknown, but to its credit, Qualcomm has been steadily improving its Compute desktop line of processors every generation.

It is quite interesting that Microsoft is deciding to sunset the Surface Pro X line as a distinct ARM-based device, at least if the leak is accurate. On the one hand, the inclusion of an ARM option in its mainline Surface Pro series suggests that it's confident this will succeed where others before it have failed. On the other hand, it also makes it easier for Microsoft to simply kill off ARM options now that there's no specific brand for it. This is still unofficial, of course, but it won't be a surprise if Microsoft is trying to consolidate its Surface Pro lineup to avoid future confusion. The only question now is whether this alleged ARM-based Surface Pro 9 will have the same thin profile as its spiritual predecessor or if Microsoft will decide to use the same chassis for both Intel and ARM models.

Source: https://www.slashgear.com/987707/surface-pro-x-may-be-discontinued-but-theres-good-news/
We use cookies to ensure that we give you the best experience on our website. If you continue to use this site we will assume that you are happy with it. Ok