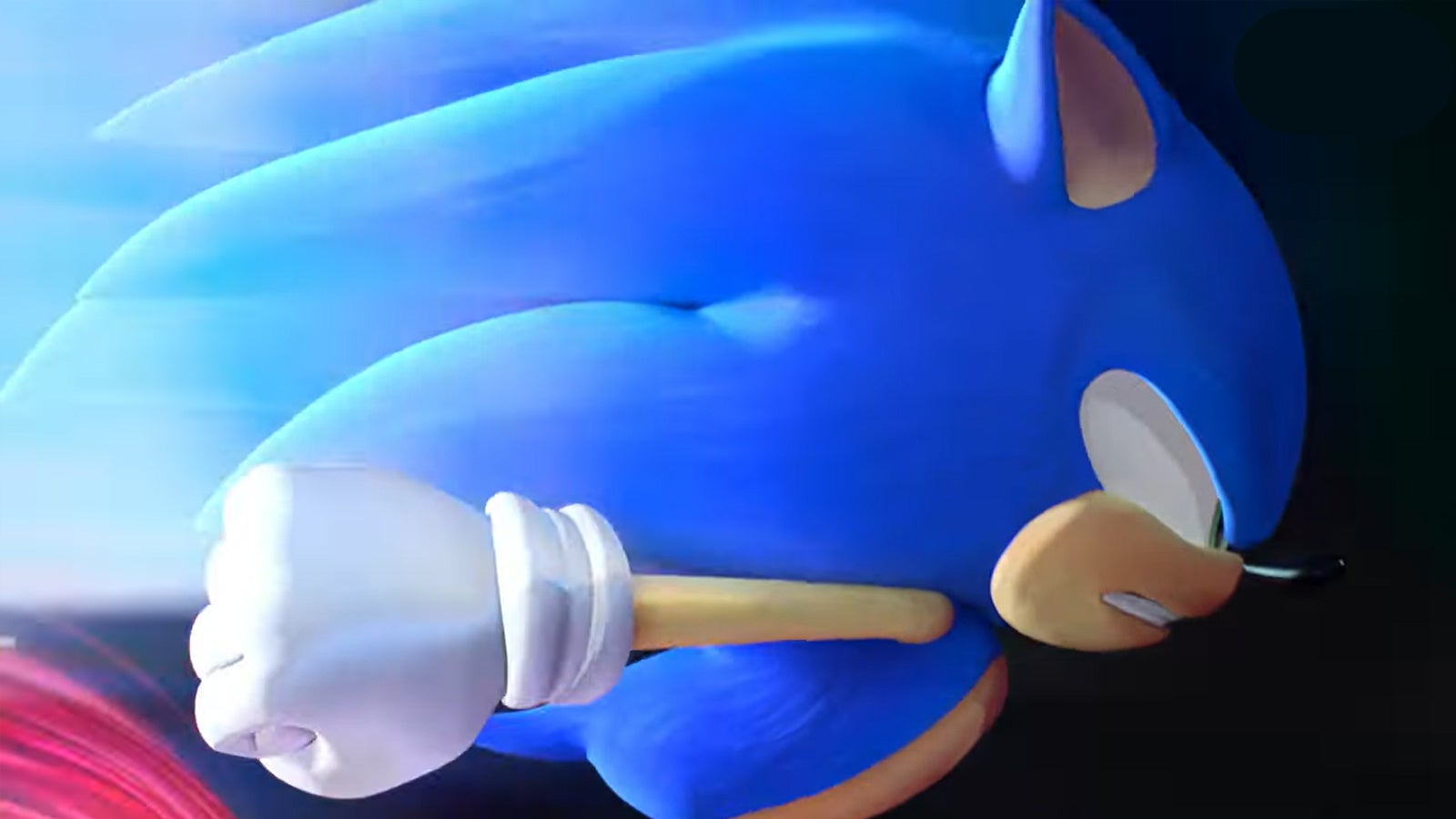 A new teaser for Netflix's Sonic Prime show has been unveiled by Sega.

This trailer sees everyone's favourite blue blur being incredibly blue and blurry as he makes his way through the world. Oh, and Shadow and Doctor Eggman are also hot on his heels.

Along with this teaser, which you can see below, Sega has assured us that Sonic will "shatter" our worlds when Sonic Prime airs this winter on Netflix. And yes, I feel quite agitated writing about a Netflix show with the word 'Prime' in its title.

Sonic Prime will "shatter" our worlds on its release.

Another familiar face you will have seen in the trailer above is that of Big the Cat.

Along with a role in the upcoming Netflix show, this fan favourite character was recently confirmed to be coming to Sonic Frontiers on the game's release this November for PlayStation 5, PS4, Xbox Series X/S, Xbox One, PC, and Switch.

Reportedly, Big the Cat will be found in a portal, and introduce a fishing minigame.

Landing fish is then rewarded with tokens that can be spent on Portal Gear fragments, Vault Keys, voice diaries, and more, with additional chances to fish acquired through purple coins around the world.

This portal is one of the game's Cyber Space zones that recreate moments from classic Sonic games. It's unclear if Big will feature elsewhere too.

For a closer look at Sonic Frontiers' pre-order bonuses, you can check out our breakdown here.

Source: https://www.eurogamer.net/sega-gives-us-a-bolt-from-the-blue-with-new-sonic-prime-trailer
We use cookies to ensure that we give you the best experience on our website. If you continue to use this site we will assume that you are happy with it. Ok