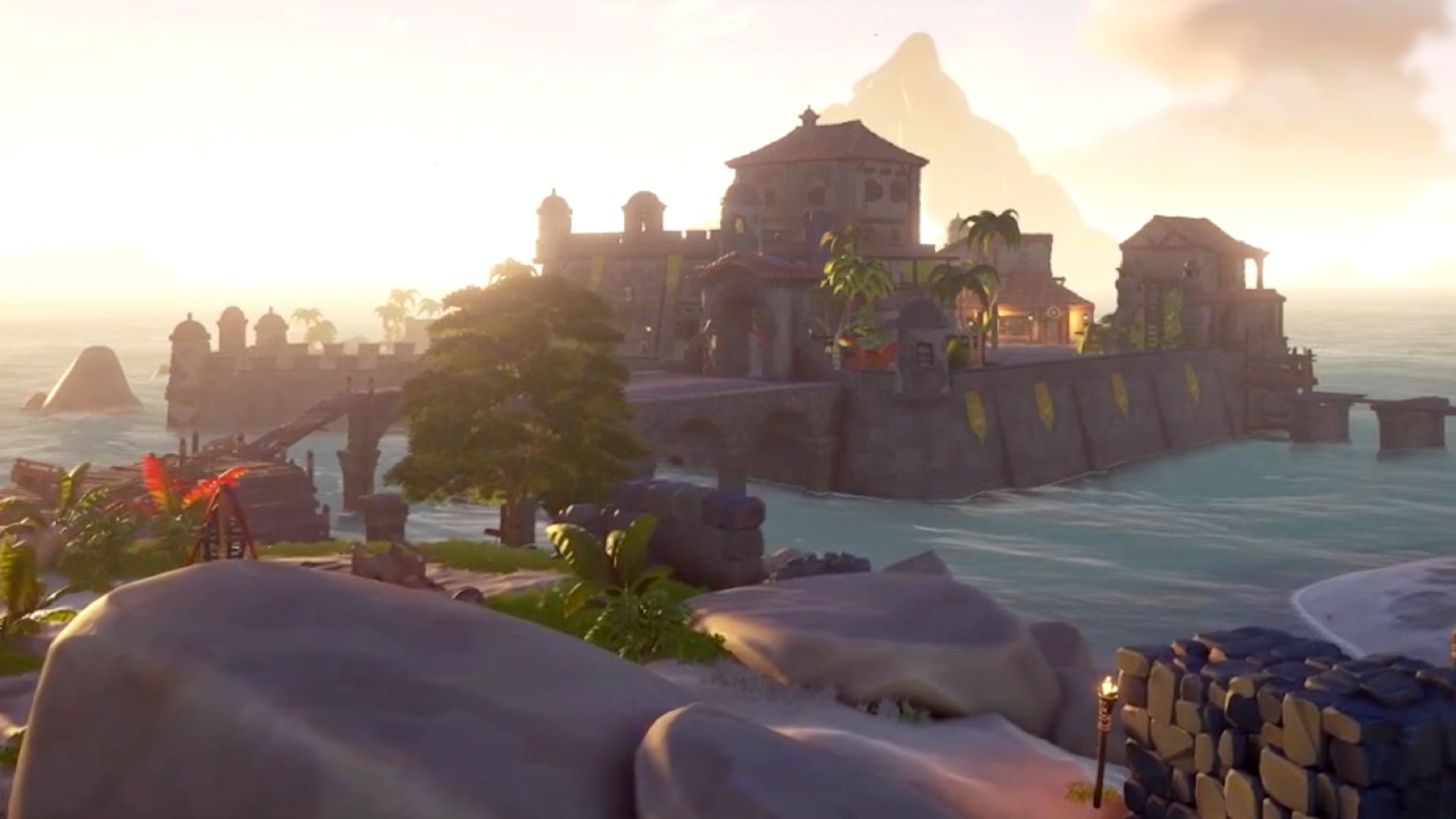 Out next week on Xbox and PC.

Sea of Thieves' tides are a-turning once more, and next week's Season 8 promises to be a bonanza for battle-hardened pirates, delivering an impressively exhaustive new "PvP on demand" system that, among other things, will see ships diving beneath the waves.

Core to Season 8 is a new faction system, enabling players to sign up to either the Pirate Lord's Guardians of Fortune or Flameheart's Servants of the Flame using the new Hourglass of Fate found on the Captain's Table of every ship.

Once active, players can either represent their faction simply by taking on any opposing crews they spot in the world, or they can use the war map to immediately begin matchmaking to find an equally skilled opposing crew. It's even possible to fight crews larger than your own if you're feeling particularly confident in your PvP abilities.

With a match found, it's time to get wet, with ships diving beneath the waves for a speedy subnautical journey across the map before finally re-emerging with their opponent in sight. The ensuing skirmish is constrained to a designated battle circle - leaving it will ultimately forfeit the encounter - in order to keep things swift.

Each success adds more gold value to your hourglass, which can then be claimed after voting to leave battle at an outpost. These rewards can be increased further based on the amount of treasure you're carrying when you sink your foes, and further still by playing as an emissary.

Victory also rewards Allegiance, boosting your level in your chosen faction - and winning multiple battles in a row builds an Allegiance streak, increasing the amount of Allegiance you earn per success. Additionally, crews that reach a streak of four will appear on the map for all players see - giving foes a chance to sink them for increased rewards. 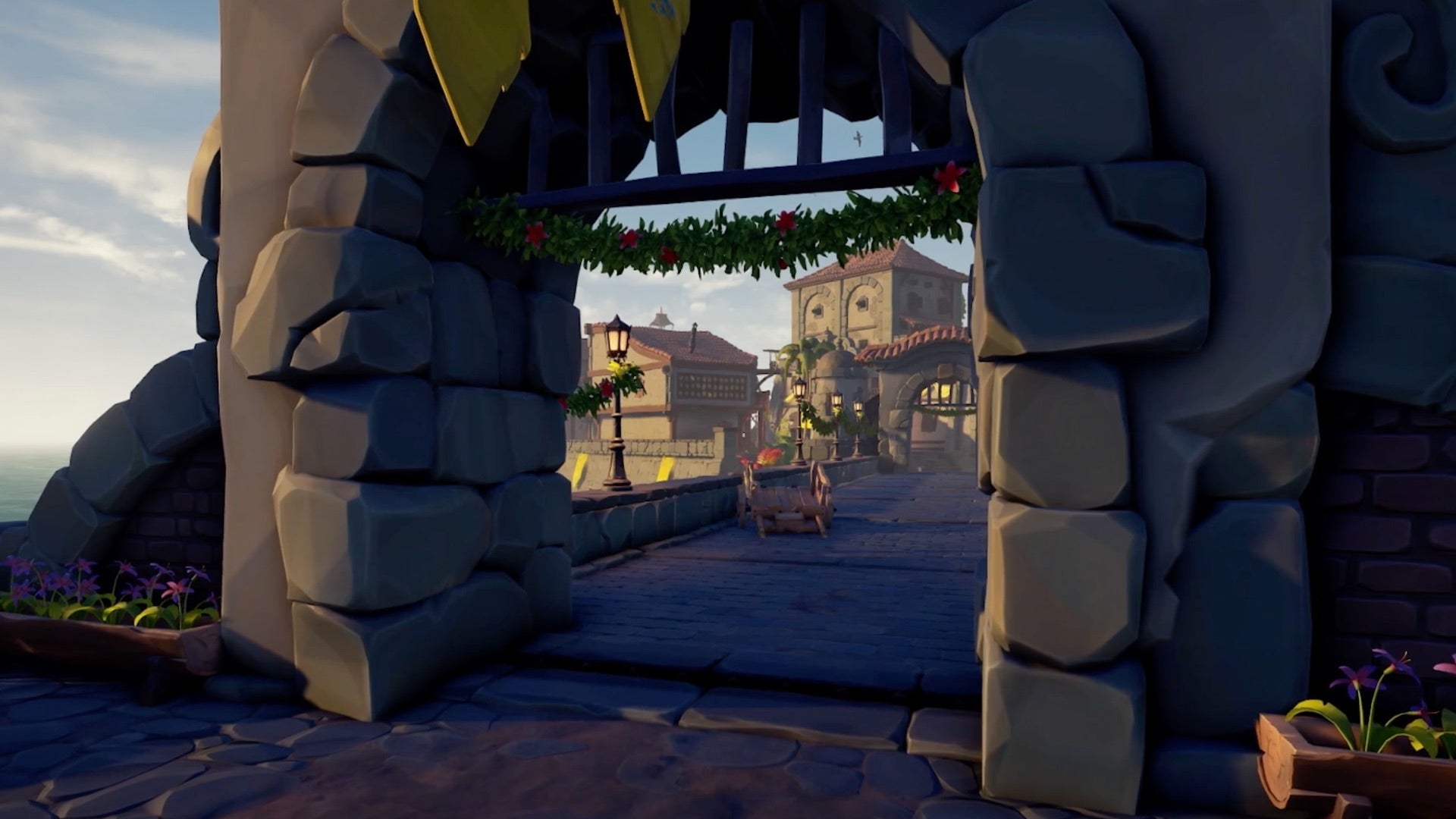 Golden Sands will become Sea of Thieves' first proper port town before the end of the year.

There's a bit more to it, as detailed in Rare's Season 8 breakdown, including two new Alignment categories for Captains, with associated cosmetic rewards. Perhaps most exciting, though, are the bonuses players receive upon reaching a certain threshold in their chosen faction.

At Allegiance level 100 in either the Guardians of Fortune or Servants of Flame, players unlock access to a special faction-specific secret hideouts. These new areas - found in the Pirate Legend's tavern and beneath the Reaper's Lair - are home to a new cast of characters, and the chance to unlock two new Pirate Curses.

Those representing the Guardians of Fortune can give their corporeal body a more spectral makeover, while Servants of Flame can choose to become entirely skeletal. These appearances can both be customised, but the latter's options are particularly appealing, with skeletal players able shove a couple of extra skulls on their shoulders if they like.

Alongside all that, Sea of Thieves' Season 8 will usher in another 100 tiers of unlockable rewards, with the premium Plunder Pass featuring 13 additional items including the Ravenwood ship set and costume.

Season 8 - which arrives on Xbox and PC next Tuesday, 22nd November - will also introduce the map's first-ever sprawling port town, with Golden Sands outpost getting a major makeover in the coming weeks following players' decision to save it from destruction earlier this year.

Source: https://www.eurogamer.net/sea-of-thieves-gets-its-first-proper-port-town-and-pvp-on-demand-in-season-8
We use cookies to ensure that we give you the best experience on our website. If you continue to use this site we will assume that you are happy with it. Ok