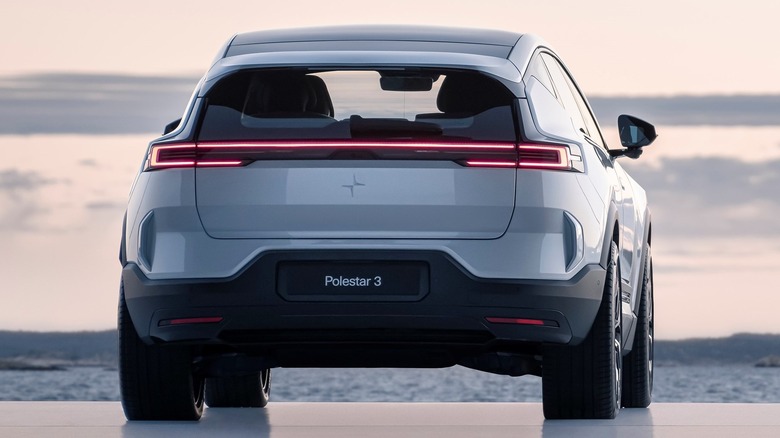 EV upstart Polestar is all set to reveal its latest electric car, the Polestar 3 SUV. In an official press release, the company shared plans for a launch event slated for October 12 in the Danish capital of Copenhagen. The event, which marks the debut of Polestar's foray into the SUV segment, will be live-streamed from the brand's official YouTube channel and starts at 1 p.m. EST.

Polestar has already revealed a range of 372 miles for the car, which is higher than what the likes of the 2022 Hyundai IONIQ 5, Kia EV6, or the Tesla Model Y can deliver. But do keep in mind these are the WLTP figures we are talking about here, which means the EPA range stats that are accepted in the U.S. would be a tad lower to the tune of 15-20%. Autonomous highway piloting has also been planned for the Polestar 3, but it likely won't be available on launch day.

At the heart of the car's automation systems is a centralized core processor supplied by Nvidia. However, it is unclear if the processor in question is the Nvidia Thor, which was unveiled earlier this month. Coming back to the Polestar 3, the company is also touting elements like a rear-biased dual motor powertrain and a dual-clutch system hooked to the rear electric motor. Interested folks will be glad to know that the car will offer goodies such as dual-chamber air suspension and active dampers as a standard feature (via Polestar).

Polestar notes that the optional Performance Pack will muster 517 horsepower, while the Swedish gold details will lead the charge on the aesthetic side of things. Not much is known about the pricing estimates, but rumors suggest that Polestar might charge anywhere between $72,000 and an eye-watering $100,000 if the pricing strategy for its previous cars is anything to go by.

The EV will be borrowing its next-gen safety system component from Volvo vehicles, while the likes of Zenseact, Luminar, and Smart Eye have also lent a helping hand from the supply side of things. Luminar, in particular, will be providing the LiDAR sensor assembly to facilitate a semi-autonomous driving experience. While Polestar was among the pioneering adopters of an Android Automotive OS-derived dashboard, the Polestar 3 is slated to throw next-gen Apple CarPlay compatibility into the mix, as well.

The company is targeting the early 2023 window for mass producing the Polestar 3, dividing the assembly across its facilities in China and the United States. Talking about the upcoming EV, CEO Thomas Ingenlath claims that "Polestar 3 defines the SUV for the electric age." He further adds that the company focused on three principles — aerodynamics, proportions, and stance — while designing the car. Playing the long game, the carmaker has already confirmed plans for another SUV called Polestar 4 lined up for 2023, while the Polestar 5 sports sedan will make its debut in 2024. The slick Polestar 6 roadster could also grace the roads in 2026.

Source: https://www.slashgear.com/1029357/polestar-3-power-and-tech-teased-as-electric-suv-reveal-details-confirmed/
We use cookies to ensure that we give you the best experience on our website. If you continue to use this site we will assume that you are happy with it. Ok