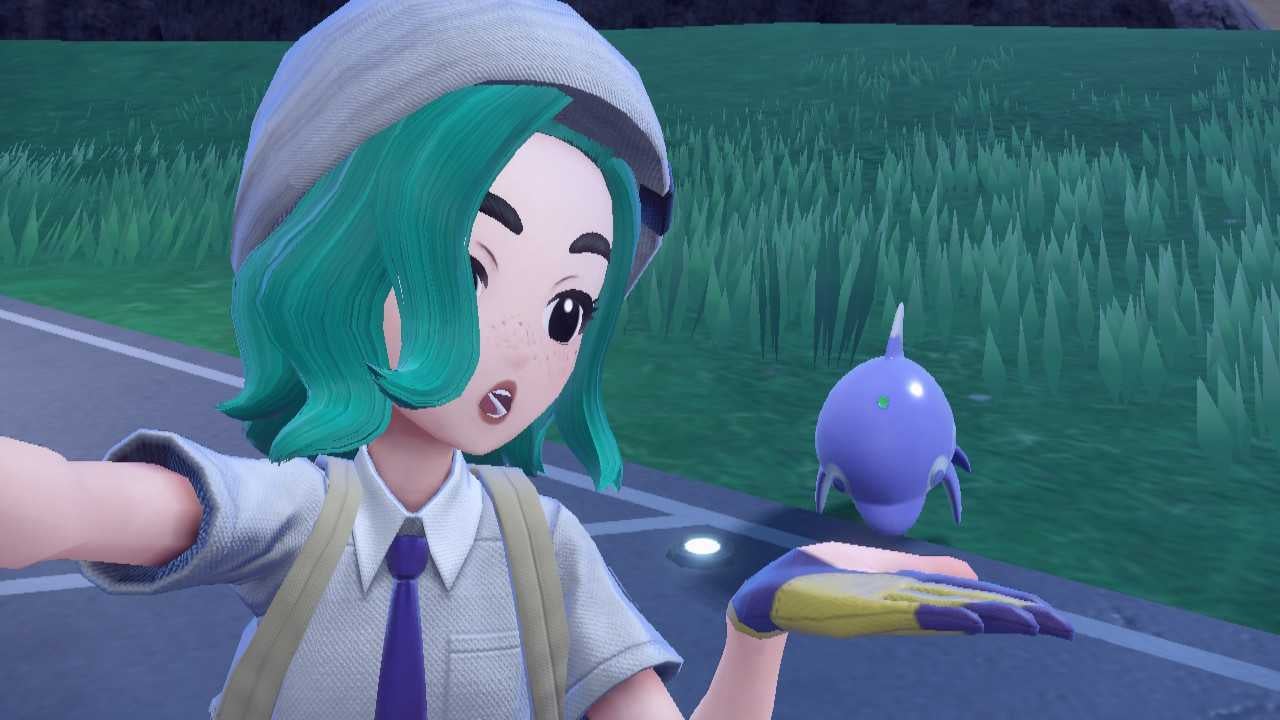 The hunt for the elusive 1-in-4096 shiny Pokémon is a little bit easier in Scarlet and Violet right now, thanks to some exploits discovered by the community.

You don't need to have progressed that far into the game to make these work, though you'll probably want a relatively high-level Pokémon to do some bidding for you.

I briefly tested the two methods currently making the rounds in the community, and whilst one worked for me, the other didn't. So be wary, your mileage may vary.

Watch our video review of Pokémon Scarlet and Violet from Zoe and Lottie.

The method for farming shinies follows the same steps outlined by a few people. I followed the guide from Arekkz Gaming on Youtube. You need to find a mass outbreak, and defeat 60 Pokémon. Using the Let's Go command by pressing R is the quickest and easiest way to achieve this, so it's smart to use a high-level Pokémon that won't struggle. By defeating 60, this will double your odds of a shiny spawning (up to a whopping 1-in-2048!). If a shiny still hasn't spawned, simply set up a picnic and then leave. Have another look for a shiny, then rinse and repeat the whole process if you still haven't got one.

I didn't even need to set up a picnic for this to work. I went to the water around the back of Levincia, where a mass outbreak of dolphin creature Finizen was taking place. After a solid few minutes of having Tadbolt battling Finizen on his own, a shiny appeared! (I lost count of how many he downed, but it was definitely past the 30 mark.)

I then tried to duplicate my shiny Finizen following this guide from Austin John Plays. After catching a shiny, you should head back into town until the name of it appears on the screen. Save the game and quit, then restart the game and head back to the area. The exact shiny you just caught should be there again. This didn't work for me, though I plan on trying it again. Unfortunately, it seem like the shiny you caught needs to be near an open town for this to work (where no loading screen is required), and none of my mass outbreaks are near a named town at the moment.

I can definitely attest to the farming method. Up until now I haven't spotted a single shiny on my journey, so I'm happy to have caught one (he would only sleep for the camera, as you can see in my headline image). Don't ask me how I feel about driving the Levinicia population of Finizen to extinction though.

Stuck on what to do next in Pokémon Scarlet and Violet? Check out our guide on the recommended path and walkthrough for some tips!

Source: https://www.eurogamer.net/pokemon-scarlet-and-violet-players-discover-shiny-farming-and-duplication-tricks
We use cookies to ensure that we give you the best experience on our website. If you continue to use this site we will assume that you are happy with it. Ok