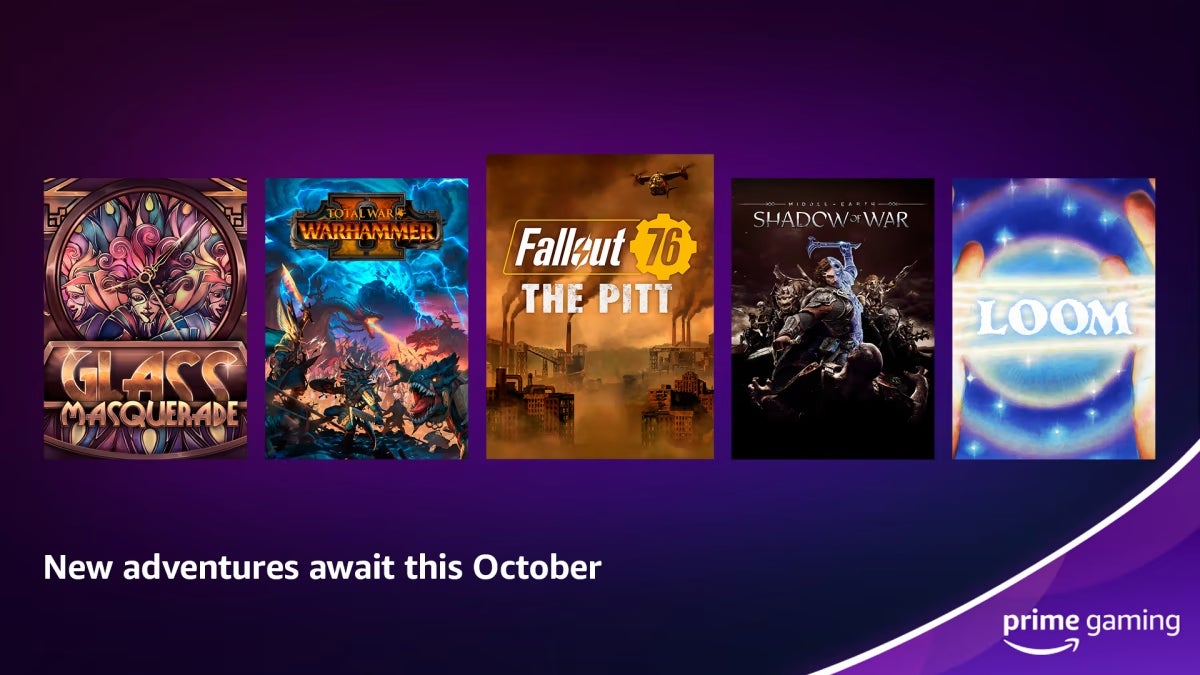 Amazon has unveiled October's line-up of games available to Prime members at no additional cost.

Shadow of War's predecessor, Shadow of Mordor, was available as part of last month's line-up, so if you've managed to complete the first game, this should be particuarly good value for money.

If you like getting your money's worth, Microsoft just announced this month's Games with Gold line-up, while Sony announced the PS Plus line-up yesterday.

Source: https://www.eurogamer.net/octobers-amazon-prime-gaming-line-up-is-here
We use cookies to ensure that we give you the best experience on our website. If you continue to use this site we will assume that you are happy with it. Ok