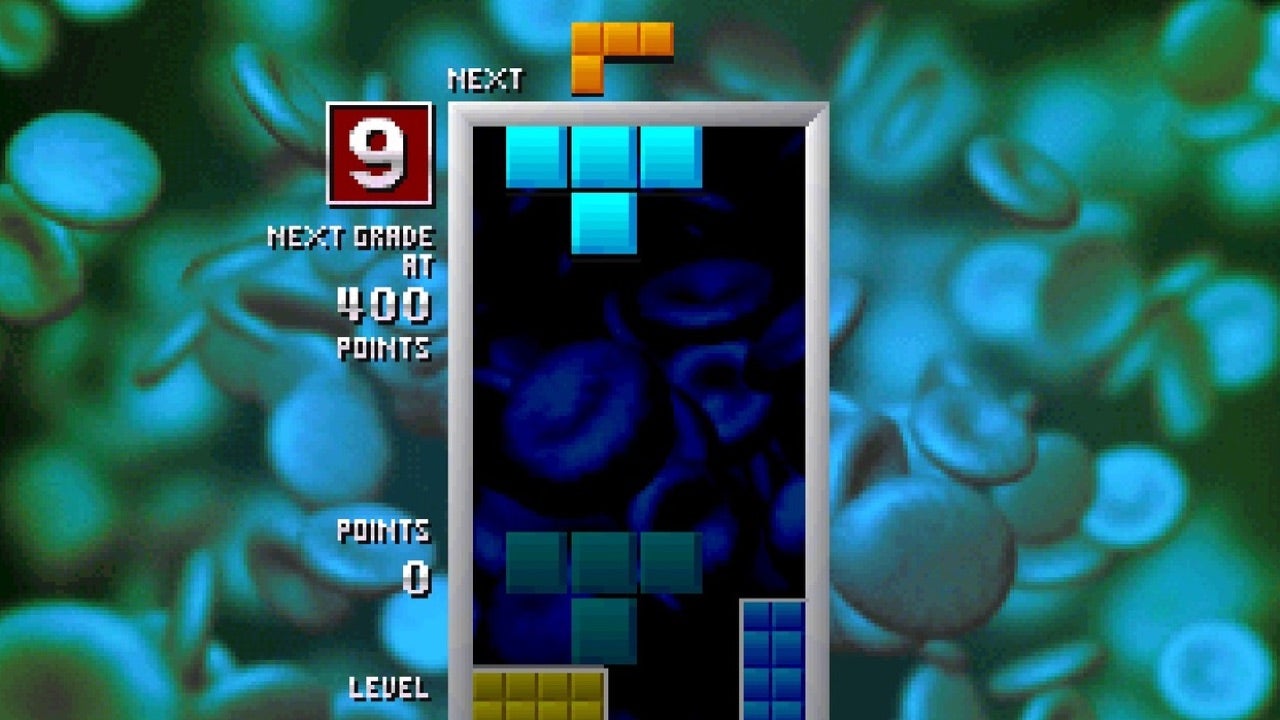 Dropping onto Switch and PlayStation.

Arika's The Grand Master series first appeared in Japanese arcades back in 1998, where it quickly gained a reputation for its difficulty, thanks to the rapid drop speed increase during play. It also features a grading system, ranking performance all the way up to Grand Master.

Several sequels followed, and the series eventually made the jump to home consoles in Japan with 2005's Tetris: The Grand Master Ace for Xbox 360 - which was to be its final release.

It is, then, a bit of a gaming curio, and players eager to put their Tetris abilities to the test can do so when the original Tetris: The Grand Master comes to Switch and PlayStation next week as part of developer Hamster's expansive Arcade Archives collection.

Hamster hasn't explicitly confirmed a western relase for Tetris: The Grand Master yet, but it seems likely given all but a tiny handful of Arcade Archives titles have launched outside of Japan.

Tetris: The Grand Master is the first 32-bit title to be added to Hamster's Arcade Archives collection, and is one of two special releases arriving to commemorate the developer's achievement of having successfully launched a new title every week for the past 300 weeks.

The other commemorative release, Galaxian, arrives this Thursday, 24th November, and will mark the first game from the 1970s to be added to Arcade Archives.

Source: https://www.eurogamer.net/notoriously-tough-tetris-the-grand-master-makes-console-debut-next-week
We use cookies to ensure that we give you the best experience on our website. If you continue to use this site we will assume that you are happy with it. Ok