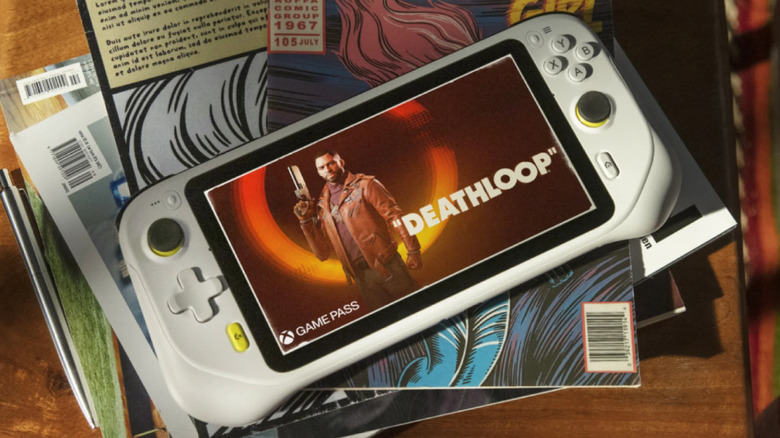 Handheld gaming consoles are enjoying a revival movement with the likes of the Nintendo Switch and Steam Deck leading the charge. The latest entrant in the segment is Logitech G Cloud Gaming Handheld, a device that puts cloud-gaming front and center. Priced at $350, the console is currently listed for pre-orders on the Logitech website, Microsoft Store, and Amazon with an early bird discount that tones the price down to $300 for reservations made before October 17. The model starts shipping on October 18 and comes in a single white shade.

Logitech is going squarely after cloud gaming services, putting the likes of Xbox Cloud (via Game Pass) and Nvidia GeForce Now right on the home screen, the company explained in a press release. Users will also be able to stream their Steam games via Steam Link, while Xbox Remote Play let players enjoy their local Xbox games on the handheld console. Moreover, buyers can access other cloud gaming services like Google Stadia and Amazon Luna using their respective apps available on the Google Play Store, which is not surprising as the Logitech G Cloud Gaming Handheld runs an Android 11-based OS.

That heritage also makes it possible to access social media apps, streaming services like Netflix, and Android games. Logitech's handheld gaming console offers a pair of asymmetrical joysticks, a D-Pad, shoulder triggers, remappable controls, and haptic feedback for a proper gamepad-like experience. The model has a 3.5mm headphone jack, too, but the stereo speaker and mic setup ensure that you can scream at teammates without plugging in any audio gear.

What's under the hood? 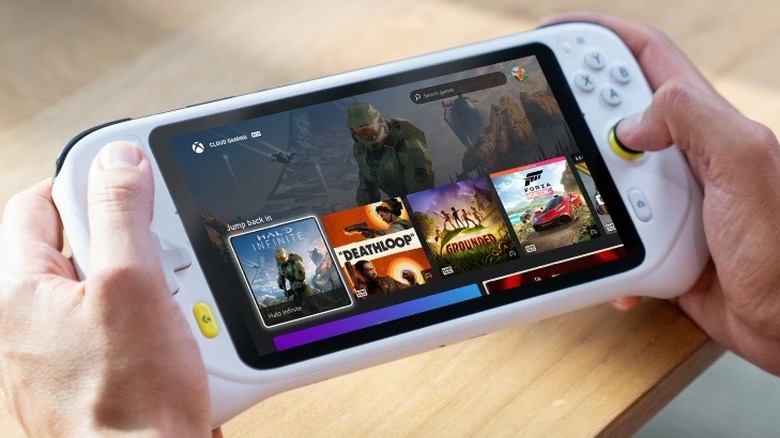 The design is familiar with hardly any surprises. The Logitech G Cloud gaming handheld comes equipped with a 16:9 7-inch touch-sensitive IPS LCD display with a 60Hz refresh rate, Full HD (1920 x 1080) resolution, and 450 nits peak brightness. Under the hood is Qualcomm's decidedly mid-range Snapdragon 720 SoC. The processor of choice might sound a tad underwhelming for the asking price, but it's still plenty powerful, especially considering the fact that cloud gaming deputes most of the heavy lifting to powerful remote boards. Logitech claims that the 23.1WHr battery fitted inside the console is good enough to last 12+ hours of gaming — assuming you keep the brightness and volume down 50% — while charging takes about 2.5 hours.

That's a very impressive figure — assuming it proves accurate once review units start rolling out — as the Steam Deck can struggle to last a single hour when on battery power in some situations. PC Gamer, for example, put the Steam Deck through testing and found that even with the brightness cranked down 50%, the best battery life figure they could hit was a tad over 7 hours, and it dropped as low as 83 minutes in some cases. This gives the Logitech G Cloud a unique bragging right over its pricier — and otherwise more impressive — competitor.

There's also an SD card slot, which might come in handy as the device only ships with 64GB of onboard storage. Users also have the option to switch between tablet and handheld modes, with the latter offering a familiar Android launcher experience that is available on smartphones. It is worth noting here that the USB-C port is only capable of charging, file transfer, and connecting to audio gear, and doesn't offer DisplayPort support.

Source: https://www.slashgear.com/1019600/logitech-g-cloud-gaming-handheld-beats-steam-deck-in-one-big-way/
We use cookies to ensure that we give you the best experience on our website. If you continue to use this site we will assume that you are happy with it. Ok