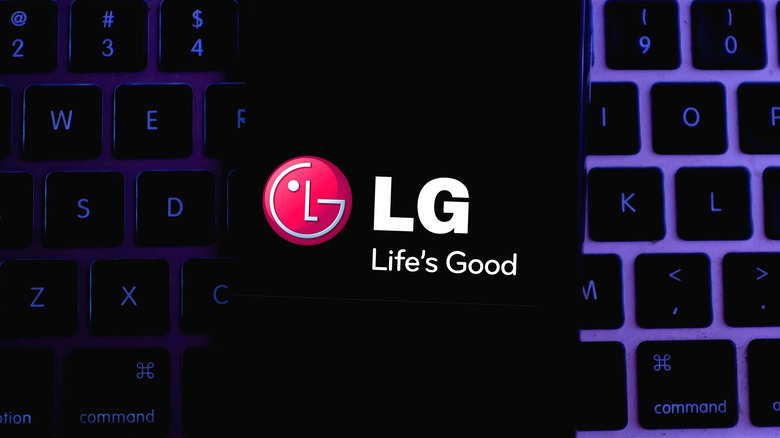 For over a decade, LG was among the world's top smartphone makers, and it was known for its wide selection of mobile phones. Even though the company didn't reach the same heights in popularity as its compatriot Samsung, at its peak, LG made some very compelling smartphones. Among the most notable models developed by the Korean company are the LG G Flex, the LG G Series, and the camera-centric V series flagship devices. LG's most notable release of recent times — and its last major launch — was the LG Wing famous for its unique swivel screen design.

Shortly after LG announced the Wing, the company showcased an even more interesting device called the LG Rollable at CES 2021. As evident from its name, the main talking point of this handset was its rollable display. The prototype showcased at CES 2021 seemed to be in an advanced stage of development, with LG executives indicating at the time a possible late 2021 launch. Unfortunately, LG's board of directors had other plans for the company's loss-making smartphones division: shortly after the event ended, they approved the plan to shutter LG's smartphone business, thereby ending all chances of the LG Rollable making it to customers' hands.

However, unbeknownst to many, LG's smartphone division had already made quite a few units of the rollable phone, which were eventually sold to a handful of employees, according to XDA. Thanks to one of these employees, a South Korean YouTuber got his hands on a unit of the rare device and uploaded a detailed review of it, giving the public its first full look at what could have been.

The 11-minute video explores several aspects of the LG Rollable phone in minute detail, and even showcases the unique packaging that mimics the phone's rollable screen opening mechanism. The box contains the phone itself, some paperwork, a charging brick, and a USB cable. Once out of the box, you'd notice that the device — especially when unrolled — is quite large, with the display measuring 6.8-inches across. An interesting design choice on the phone was not including a physical power button or volume rocker keys. Instead, the model sports touch-sensitive buttons on the left side of the handset.

The spec sheet on the device was notable for the time and included the Qualcomm Snapdragon 888 SoC, 12GB of RAM, and 256GB of storage. However, the battery capacity was on the lower side for a device of its size at 4,500 mAh perhaps due to the space taken up by the rolling mechanism. The model's aforementioned 6.8-inch display expands to a fairly expansive 7.4-inch panel when fully unrolled, making it only a fraction of an inch smaller than that of the Galaxy Fold 4 foldable.

The folding mechanism is also described as smooth with matching animations, making the entire process a visual spectacle. When fully rolled, part of the display ends up on the rear side of the phone, enabling it to act as a secondary display. The camera setup on the LG Rollable includes a 64-megapixel primary camera and a 12-megapixel ultrawide camera, which wouldn't be too terrible even in today's market. However, space constraints meant the front-facing camera ended up nearly unusable with a measly 2.4-megapixel sensor.

Fans: LG should have really made this phone

From the brief video, it becomes evident that the LG Rollable phone was nearly ready to hit the market. LG seems to have done an excellent job marrying the unique hardware with highly optimized software. Almost every UI element had to be customized to adjust to the changing form factor of the phone — and keep in mind that Android 12L wasn't a thing yet. The wallpaper animations are also very cool to look at and would have definitely turned heads had the phone been released to the general public.

Unfortunately for consumers and LG itself, the rollable phone will always be remembered as a concept that never made it to commercial production. This recent video, however, has resulted in many smartphone enthusiasts and LG fanboys wishing for the company to stage a comeback into the world of smartphones, as evidenced on Reddit. This small subset of enthusiasts wants LG to continue working on cool devices like the LG Wing and the LG Rollable. Unfortunately, given how well LG Electronics has performed since it shuttered the division, it makes little economic sense for the company to revive its smartphone business anytime in the near future.

Source: https://www.slashgear.com/1021333/lg-rollable-video-has-fans-demanding-the-phone-brand-return-to-android/
We use cookies to ensure that we give you the best experience on our website. If you continue to use this site we will assume that you are happy with it. Ok