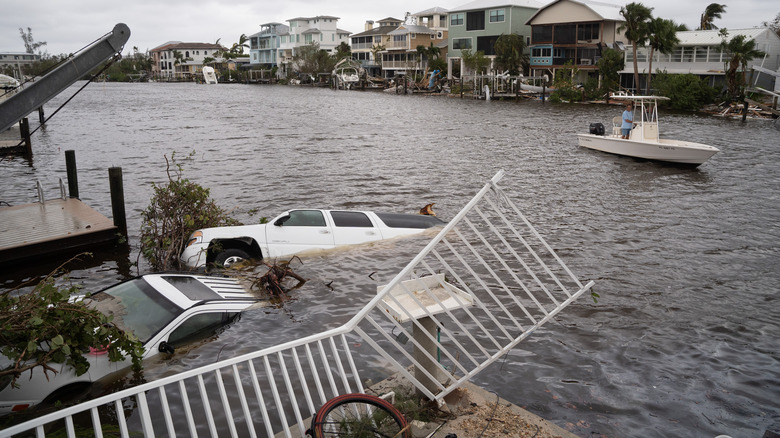 When Hurricane Ian made landfall on Wednesday, it was an intense Category 4 storm, just shy of Category 5. Cities on the western side of the peninsula braced against winds reaching 150 mph, reports WSFA News, and the true magnitude of the storm's impact is still being measured. As we watch video after video of two-ton vehicles floating through eight feet of flooding, there's one thing we know for sure: when it comes to climate change, hurricane-vulnerable zones in the U.S. are in deep water.

As it gained speed, Ian climbed the ranks of the most powerful cyclones in the recorded history of the United States. According to National Oceanic and Atmospheric Administration (NOAA) data compiled by TIME Magazine, it's the 9th Category 4 or higher hurricane to touch American ground in the last five decades — but six of those happened just within the past five years.

Luck and timing aren't entirely to blame; the true culprit is the same one that has disrupted environmental conditions in more ways than one, from droughts and flooding to heatwaves and wildfires. According to multiple IPCC climate reports, it would appear that these weather anomalies are a result of the human imprint on climate — and we have this climate change to blame for the intensity of Florence, Harvey, Ida, Maria, and Michael too.

Disastrous hurricanes will only get more common 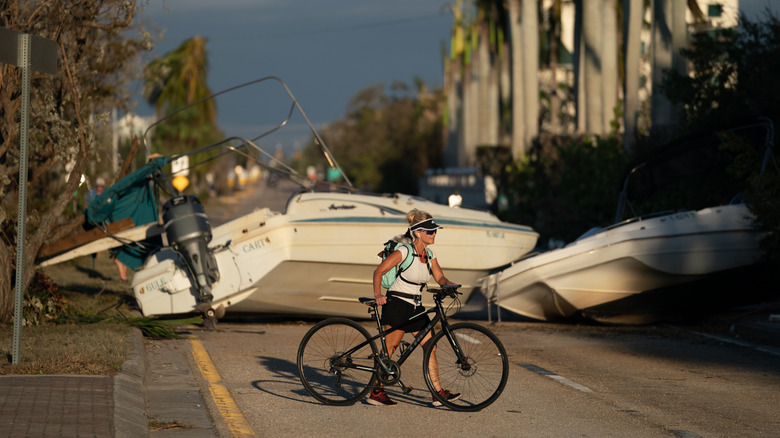 This hyper-speed cycling of a hurricane — hatching out in the ocean, blowing past tropical storm status, and surging in power right before landfall — has been happening practically annually since 2017, according to the National Weather Service, and is going to continue as warm ocean conditions continue. This new chapter of hurricanes drops more rain, since warmer environments can retain more moisture, and can bring rainfall thousands of miles inland.

Hurricane Florence, for instance, was forecasted to have 50% more rainfall than it would have had without global warming causing the abnormally warm waters in which it developed (via Inside Climate News). Sea levels being already higher than normal in coastal cities like Florida lend to higher storm surges and more flooding, too.

As the Woods Hole Oceanographic Institution (WHOI) explains, the heightened hurricane risk is because of unnaturally high temperatures in the Atlantic Ocean. This human-cause warming reaches beyond the surface, increasing the temperature of deeper waters. In normal conditions, colder waters rising from the depths are a natural defense against strengthening cyclones. With balmy water above and below, hurricanes are given the perfect conditions to exponentially grow more powerful in just a few hours, according to WHOI.

Ian itself had graduated from a tropical storm to a hurricane in less than 24 hours. The best defense against these monumental storms, the Environmental Protection Agency (EPA) says, is continuing efforts to reduce heat-retaining pollution and to remain a united front against climate change.

Source: https://www.slashgear.com/1033360/hurricane-ian-is-a-grim-warning-of-the-future/
We use cookies to ensure that we give you the best experience on our website. If you continue to use this site we will assume that you are happy with it. Ok