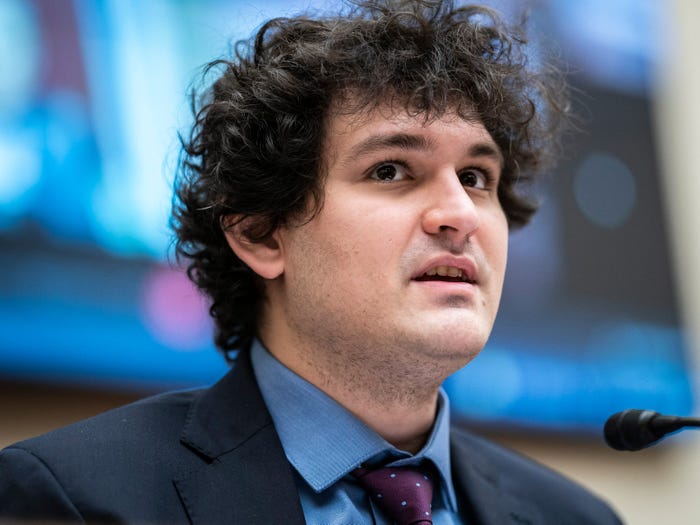 Sam Bankman-Fried told Bloomberg in April that years down the road, he'd subsist on $100,000 a year — that's it.

He'd keep a small percentage of the billions he had generated from his cryptocurrency empire and donate the rest.

Bankman-Fried billed himself as an effective altruist, a person who would rack up stacks of money — or coins— to one day put it all towards the betterment of the world. And, he donated money to several organizations founded on the principles of effective altruism.

However, Bankman-Fried also wrote out big checks to sports teams, properties, and political leaders. His spending has reflected a desire to buy influence as much as it has reflected his philosophical beliefs.

In early November, Bankman-Fried saw the bulk of his net worth drop from $15.6 billion to $1 billion in a single day, after news broke that his cryptocurrency exchange, FTX, needed a bailout.

Since then, FTX has filed for bankruptcy and Bankman-Fried has stepped down as CEO. Still, a barrage of secrets continues to emerge about the messy dynamics between FTX,  Bankman-Fried's trading firm Alameda Research, and the way he leveraged both to make risky bets with customers' funds.

Bankman-Fried will likely not be making major donations any time soon. Here's a list of how he spent some of his once-massive fortune.

Bankman-Fried, his parents, and senior staff at FTX bought at least 19 properties in the Bahamas that totaled $121 million, according to Reuters.

That included a 600-acre ocean-front property in New Providence, Bahamas known as Albany where Bankman-Fried lived with 10 roommates.

Bankman-Fried also poured money into several startups through FTX, Alameda Research, and as an angel investor, according to Crunchbase. Those include financial technology companies like TrueFi and Chipper Cash, crypto platforms like Liquid Global, and blockchain companies like Faraway, which makes games.

Bankman-Fried has made many philanthropic donations, too. While working at Jane Street he gave half his money to effective altruism charities and animal welfare groups, according to Bloomberg. He gave away $50 billion in 2021 to pandemic relief in India and anti-global warming initiatives Bloomberg reported.

He's also made COVID-19 prevention a top issue as the principle funder of Guarding Against Pandemics, a nonprofit run by his brother Gabe, according to Politico. Even in his new home country of the Bahamas he donated $1.4 million worth of K95 masks and COVID-19 testing kits, according to the Nassau Guardian.

His most notable sports sponsorship is acquiring naming rights for the Miami Heat's arena. The original deal was slated to cost him $135 million over 19 years, according to Bloomberg. While the deal has been called off since FTX filed for bankruptcy, FTX is still required to pay three years worth of contract fees for a total of $16.5 million, according to CoinDesk.

FTX even signed a $17.5 million deal with UC Berkeley to sponsor its athletic department.

Features SBF crypto
Source: https://www.businessinsider.com/how-ftxs-sam-bankman-fried-allegedly-spent-his-fortune-2022-11
We use cookies to ensure that we give you the best experience on our website. If you continue to use this site we will assume that you are happy with it. Ok