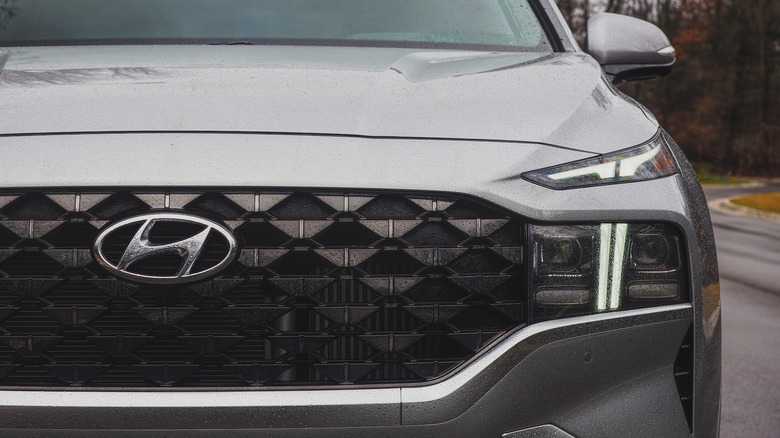 You may not be able to buy a fully-autonomous, Level 4 or 5 car yet, but that doesn't mean there aren't plenty of driver-assistance systems worth looking for as you consider a new vehicle. Hyundai has been aggressive in pushing its Highway Driving Assist technology across its line-up, and you'll find HDA included on a wide variety of vehicles like the 2023 Santa Fe, rather than just the most expensive trims.

It's worth remembering that — despite what many may assume — there are no truly self-driving cars available commercially yet. Level 4 and Level 5 autonomous driving, as defined by the SAE, means hands-off, unsupervised operation. All of the current systems on the market require the human driver to be ready to retake control should the vehicle's systems struggle with the situation.

While we may have to wait a little longer for robo-taxis that pilot themselves completely, that's not to say there isn't tech out there to shoulder some of the strain of driving. As you might expect, though, sometimes it can get confusing just what these systems can — and can't — do. 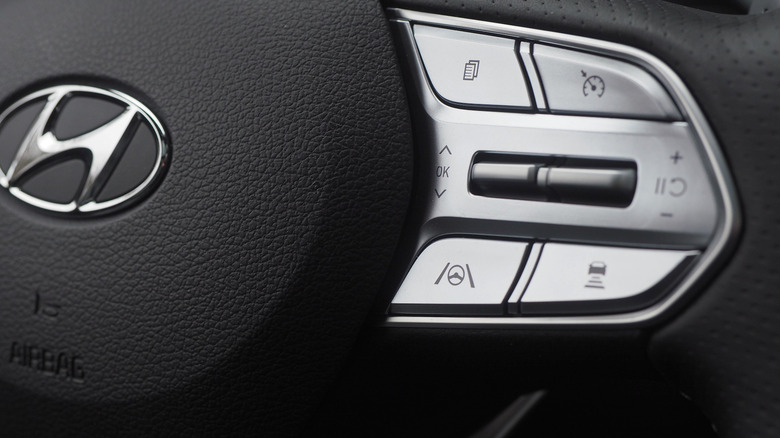 Hyundai is as guilty of this confusion as the rest of the automakers. While HDA is increasingly standard across the company's range, it also offers models with HDA 2, or Highway Driving Assist 2. Adding to the complexity, there's no single, cross-industry definition for just what systems like these will, and won't, include.

Generally, they're a combination of active assistance technologies previously given separate billing. HDA, for example, combines adaptive cruise control — where the car can maintain pace with the vehicle ahead, at a preset distance — and lane following control, keeping the car centered in the lane. It's a hands-on system, which means Hyundai tracks torque being applied to the steering wheel in order to ensure you're still in place and alert. If you're not, you'll get warnings and eventually, HDA will deactivate.

HDA 2, meanwhile, builds on those core abilities. As well as staying centered in the lane, it can add a degree of offset to improve spacing between a vehicle in the adjacent lane. Hyundai says it also handles cut-ins more adeptly when other cars pull into the gap in front.

The most notable addition to HDA 2, though, is lane-change assistance. With HDA, if you switch lanes, you have to wait for the system to recognize you're back within the highway lines and reactivate. With HDA 2, tapping the turn signal will — as long as you keep your hands on the wheel — automatically change lanes in that direction for you.

South Korean drivers can take their hands off the wheel 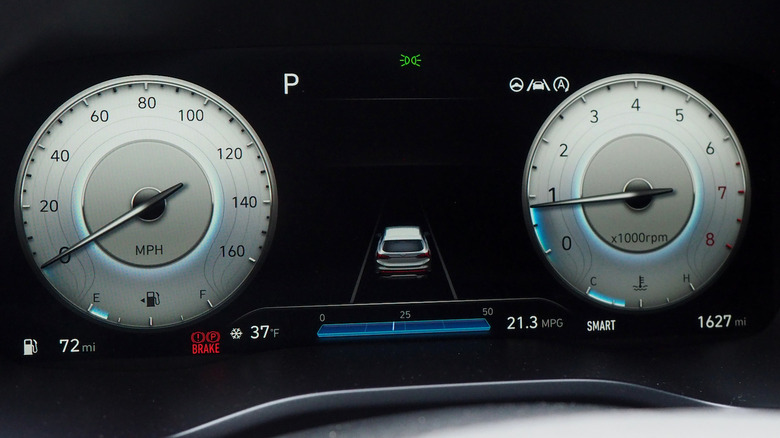 So far, so good, but Hyundai doesn't stop there. In addition to HDA and HDA 2, there are actually other levels of semi-autonomous driver assistance that the automaker offers, including Highway Driving Assist 3 (HDA 3) and Highway Driving Pilot (HDP).

Newer than the other systems, they're available on fewer of Hyundai's vehicles. They're also not available in the U.S. at present, only in South Korea. HDA 3 builds on its predecessors by adding a new sensor to the steering wheel, to better detect that the driver is ready to take control.

Highway Driving Pilot, however, removes the requirement for hands-on readiness altogether. It — like Ford BlueCruise and GM Super Cruise — allows for hands-off operation, the vehicle maintaining distance in highway traffic, its position in the lane, and capable of performing emergency maneuvers if a collision is imminent. However, it's still not true "autonomous driving": the human operator behind the wheel still needs to be prepared to take control at any time. So far, Hyundai hasn't said when HDA 3 or HDP might launch in the U.S. if indeed that's on the roadmap.

Source: https://www.slashgear.com/1177653/hda-vs-hda2-hyundais-driver-assist-systems-explained/
We use cookies to ensure that we give you the best experience on our website. If you continue to use this site we will assume that you are happy with it. Ok