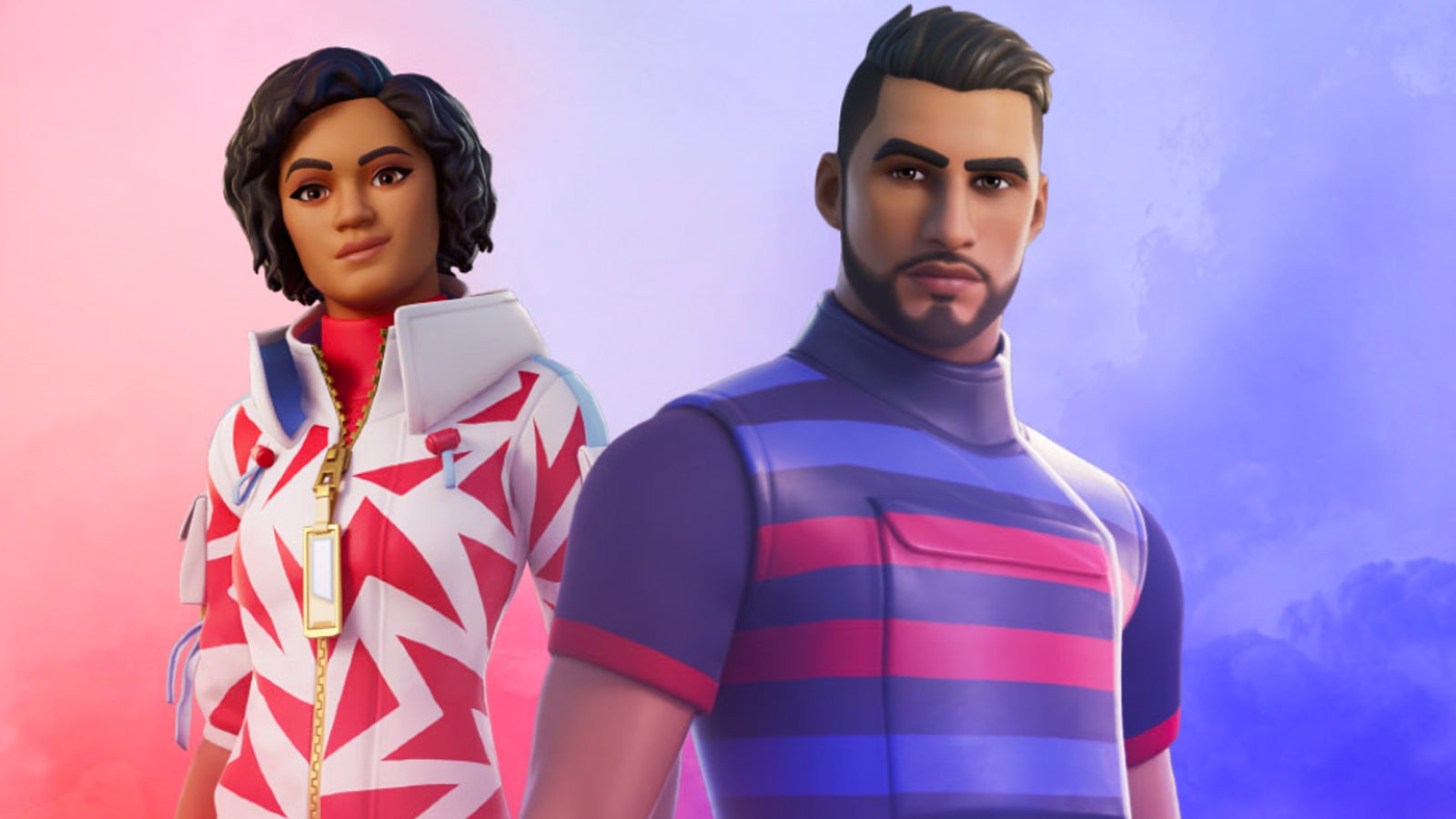 This year's World Cup is a little different, as I think we all understand. Amidst headlines on migrant worker conditions, LGBTQ+ rights and criticism of the tournament from both players and fans, it's been interesting to see how brands - and video games - are noting Qatar 2022.

Fortnite has a history with football - and its governing bodies. Some of its most popular skins are based on football kit designs, and the game's meme-like dances were a fixture of England's 2018 World Cup squad. Last year, Epic Games officially licensed the likenesses of England's Harry Kane and Germany's Marco Reus for the delayed 2020 Euros, and featured an in-game "UEFA Euro 2020 Cup" tournament with cash prizes.

Prior to that, Fortnite has added skins wearing the officially-licensed football shirts of 23 top teams worldwide, including many from the Premiership. Fortnite also has an officially licensed Neymar Jr. skin, and an emote where you can punch the air that was launched in a collaboration with Pelé.

This year, the game seems to have taken a different approach.

Timed to launch alongside the Qatar tournament, Epic Games has released a new range of Fortnite skins and accessories under the branding "Let Them Know". It's an interesting choice of name!

Most notable here are eight highly-customisable skins dressed in football shirts, jerseys and scarves, with nearly every element of each outfit made customisable - down to boot designs, sock patterns and the colour of zippers.

There's no official UEFA branding this time around, no mention at all of the "World Cup" by name, in fact - though it's obvious why these skins are releasing now.

"Let them know! Specifically, let the squad know what you're all about," Epic Games stated, describing the range. "The upcoming Let Them Know Set includes 10 Outfits based on the beautiful game, all of which you can personalise with multiple patterns and colors. Personalise your Outfit to a look that's uniquely you."

These outfits were first announced in a blog post where one character skin is shown customised in colours akin to the bisexual Pride flag.

Immediately, I saw Fortnite fans pondering whether they could dress their virtual footy characters in other Pride colours. Last night, when the skins went on sale, I gave it a go - you can see my quick effort below. I'm sure others will do better!

Fortnite has celebrated Pride in-game for the past two years with a range of skins and other free cosmetics featuring Pride designs, featured via in-game events titled "Rainbow Royale" and "Play Your Way". In September, the game added its first trans character - DC superhero Dreamer.

Source: https://www.eurogamer.net/fortnites-qatar-world-cup-skins-let-you-make-pride-coloured-players
We use cookies to ensure that we give you the best experience on our website. If you continue to use this site we will assume that you are happy with it. Ok