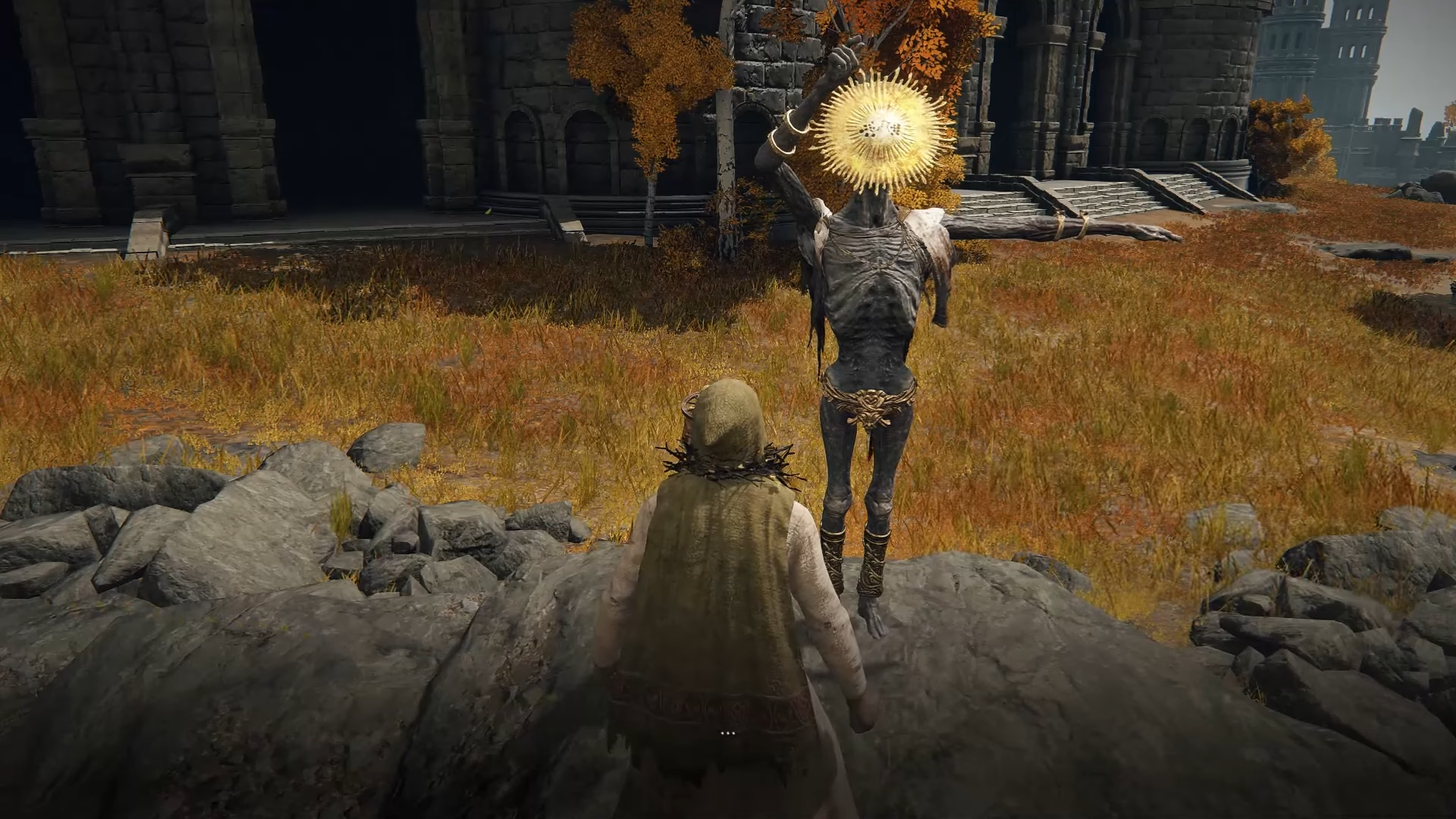 It turns out Elden Ring character Goldmask does in fact have a voice line after all.

The character is a mere husk of a man with a golden mask on his face. He's so enlightened he doesn't ever speak and instead just points towards the towering Erdtree with a "...".

Except, thanks to datamining, he does actually have a voice line hidden away in the Network Test version of the game.

The line itself seems unintelligible but it's triggered when (spoiler!) the player tells him that Radagon is actually Marika.

Sekiro Dubi believes the response is "It... why not?", though it sounds more like "what?!" to me. It's as if this revelation has caused Goldmask to break his silence - an interesting Easter egg for the character.

What's more, Goldmask has a voice actor listed in the game's credits.

That may seem strange for a voiceless character, but Sekiro Dubi's discovery explains why.

And that voice actor is none other than FromSoftware voice director Ryan Morris, who's known for voicing certain characters in the studio's games.

Ryan Morris is often voice director for english voice acting in fromsoftware games, he's also the voice actor for some of the most eloquent characters in dark souls, bloodborne and elden ring, here's the characters (not a joke): pic.twitter.com/Bfo5hBeJNV

Sekiro Dubi has made a number of discoveries in Elden Ring, including a cut quest for Vyke (the man on the box art) and another for Merchant Kalé.

Check out the Goldmask video below.

Source: https://www.eurogamer.net/elden-rings-voiceless-goldmask-has-a-voice-after-all
We use cookies to ensure that we give you the best experience on our website. If you continue to use this site we will assume that you are happy with it. Ok