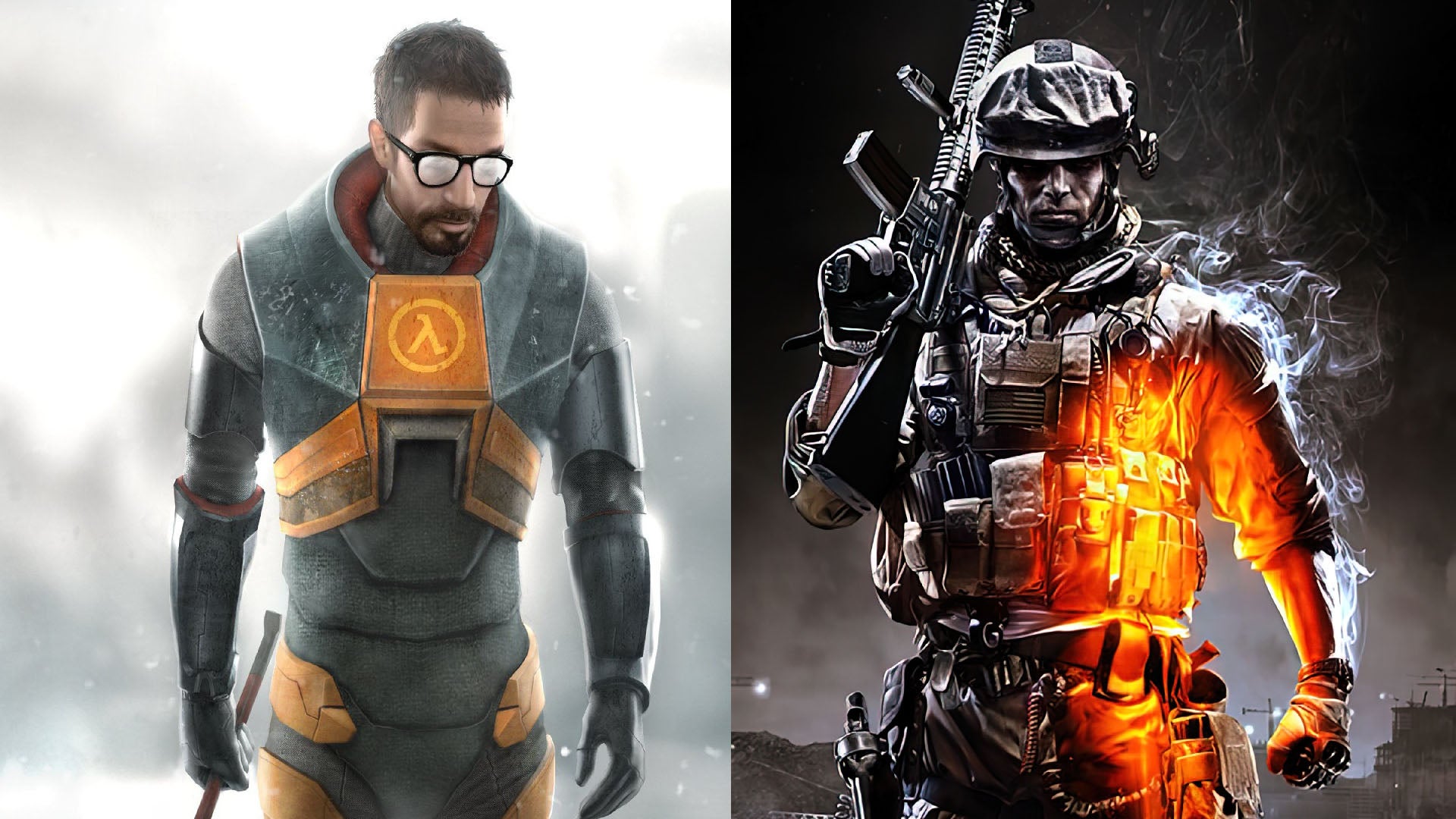 Today, on the Digital Foundry YouTube channel, we're posting the latest in our PC Retro Time Capsule 'let's play' series. This is a semi-regular feature that looks to re-examine classic PC releases from across the decades, replaying them using period-appropriate PC hardware and re-appraising them with the benefit of hindsight - and the use of our modern performance analysis tools.

Have you ever wondered what the original Crysis would have looked like way back in 2007 on an Intel Q6600 paired with an Nvidia GeForce 8800GT? We went there and the results weren't pretty. Our latest episode concentrates on Valve's epoch-making Half-Life 2, as played on three very different pieces of gaming hardware, while subscribers have likely already seen our three-way Battlefield 3 head-to-head from last weekend.

Typically, my colleagues - John Linneman and Alex Battaglia - tackle these kinds of videos on their own, but the choice of Battlefield 3 and Half-Life 2 brings DF Retro coverage into the era of Digital Foundry's existence where I handled the majority of the content that made its way to Eurogamer, so there has been a particular kind of pleasure in revisiting these games and also re-reading coverage from back in the day.

Sometimes there are situations where today's tools explain somewhat vague commentary made so many years ago: even at 30fps, Half-Life 2 on PlayStation 3 looked jerky. Today, we call that inconsistent frame-pacing. Performance was wobbly to say the least in the worst spots in the EA-sanctioned port but today it's pretty clear that the Cell processor was massively under-utilised in handling the Havok physics engine - the RSX doesn't seem unduly taxed, but a single-threaded approach to physics is likely the core issue with that port. Despite being patched since our legacy face-off, the game's core issues remain the same.

Similarly, it was interesting to take another look at Battlefield 3, seeing PC and both Xbox 360 and PlayStation 3 builds running side-by-side. Back in the day, BF3 was an enormous undertaking from DICE - a 2011 game looking forward to the arrival of 2013 console hardware, built around more efficient rendering and, in the case of Xbox One at least, DirectX 11. In an era where DX11 games actually seemed to run slower than DX9 equivalents, often laden with performance sapping features, DICE's work on Battlefield 3 was phenomenal for its time and laid the groundwork for a game of Battlefield 4's complexity to arrive with the new wave of consoles two years later.

How Battlefield 3 manifested on Xbox 360 and PlayStation 3 is remarkable in just how close the core visuals look compared to the maxed out PC experience. Yes, the 'settings' are obviously much lower, post-process anti-aliasing at 720p (or rather 1280x704!) can't hold a candle to the MSAA offered to the PC version, but the fact is that in the campaign at least, the game holds up. Revisiting the game so many years later also reveals how it evolved after we first took a look at it. Both versions featured egregious screen-tearing at launch, as evidenced by this archive Digital Foundry video. However, on looking at the game last week, all of the tearing is gone... on PlayStation 3, at least.

With patches in place on both versions, it's the PS3 version that pulls ahead of the Xbox 360 equivalent, thanks in no small part to DICE offloading so much of the GPU burden onto the Sony console's SPUs - the only issue being that while v-sync is now very much in place, inconsistent frame-pacing is now a part of the equation. Even so, looking back, it was rare to see PlayStation 3 receive this kind of attention and Xbox 360 typically enjoyed the best versions of the majority of multi-platform releases.

Battlefield 3 - a game ahead of its time and still a remarkable technical achievement. Here we're playing on a period-appropriate PC, Xbox 360 and 'dat Triple'.

We certainly have fun putting these videos together, but it's worth pointing out that ultimately it is a bunch of friends sitting down to play some games, reminisce about them and have fun with them - as opposed to the kind of hardcore analysis work you might typically associate with Digital Foundry.

In the meantime, there are plenty of Time Capsule highlights I'd like to recommend if you enjoyed the videos embedded on this page. There's the time we revisited Enter The Matrix with the OG Xbox stacked up against one of the worst PC ports of all time. There's more love - bordering on infatuation - for Crytek as John and Alex revisit the original Far Cry and yes, there's also a look at the systems-driven extravagance of its Ubisoft-sequel, Far Cry 2. If you love Alex getting overly enthusiastic about a game - even in the face of a genuinely awful port, our Turok Evolution retrospective is also worth a chuckle or two.

Looking for another PC port disaster of a lesser-known title that's actually rather impressive? In this scenario, True Crime: New York City may be relevant to your interests, while Alex making the cardinal error of revisiting Doom 3 on Windows Vista will forever dominate his destiny. For some Retro Time Capsule PC content that doesn't involve some kind of PC-related disaster, the likes of FEAR, The Chronicles of Riddick and Splinter Cell: Chaos Theory are worth a look.

Next up for the Time Capsule treatment is Far Cry 3 where classic 2012 PC hardware plays out a truly challenging game in real-time up against Xbox 360 and PlayStation 3. We recorded that this afternoon and it was a lot of fun - and genuinely impressive in so many ways - so look forward to that episode in future. We're always on the lookout for interesting retro PC titles to revisit and at this point, we have period-appropriate hardware for most PC gaming eras - so do let us know of games you think we should be looking at.

Source: https://www.eurogamer.net/digitalfoundry-2023-df-retro-time-capsule-revisiting-half-life-2-and-battlefield-3-on-period-appropriate-pc-hardware
We use cookies to ensure that we give you the best experience on our website. If you continue to use this site we will assume that you are happy with it. Ok