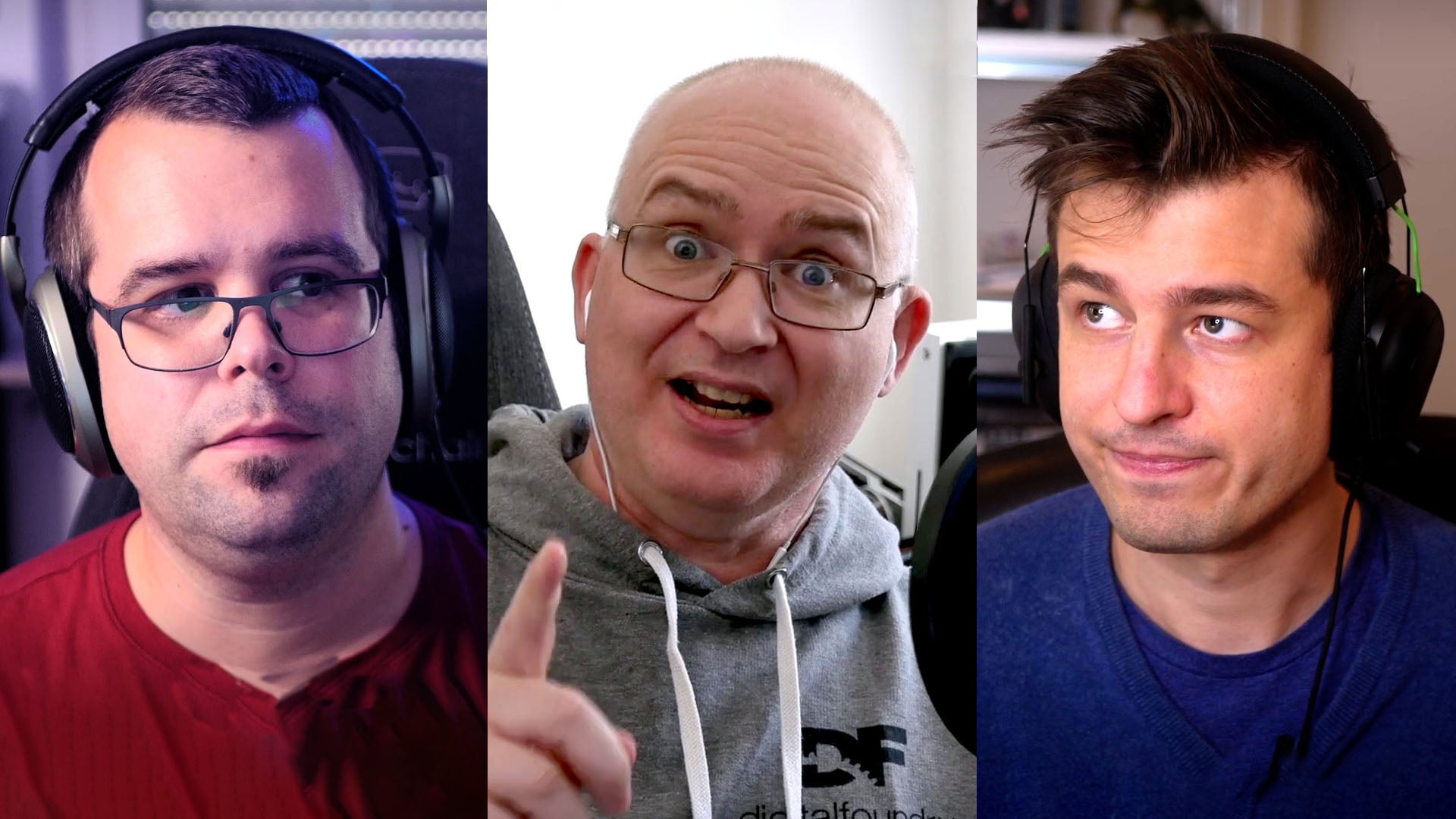 There's more than a little previewing going on in the latest DF Direct Weekly, as myself, John Linneman and Alex Battaglia share our thoughts and expectations from The Witcher 3's upcoming 'next gen' patch, while initial impressions of the Pokémon Scarlet and Violet release paint a less than positive picture of the new release.

We'll be looking at Pokémon in much more depth later in the week, but the bottom line is that Game Freak delivering two Pokémon titles within the year is perhaps not the best idea: the bugs are memeworthy, the performance is not great generally (circa 22fps to 30fps) while 'in the moment' stutter is obnoxious. There are clear learnings here - but ultimately, Nintendo itself has set the template for successful first-party software: give the developers the time they need to deliver compelling, extremely polished games.

The Witcher 3? We spend some time talking of our hopes for the game but right now, we can offer little more: a stream later in the week should offer up more answers, but as of filming, all we've had to go on is a single image from the remaster, perhaps suggesting the inclusion of ray-traced shadows - a feature also included in the console versions of Cyberpunk 2077. We can't help but hope that the PC version also gets equivalence with Cyberpunk 2077 - we know that DLSS 2 and DLSS 3 are supported, but we'd also hope to see the full suite of RED Engine RT features.

DF Direct Weekly #87 has landed, with Alex Battaglia, Rich Leadbetter and John Linneman perpetrating this one.

The aftermath of the RTX 4080 launch is also discussed in depth. After initial reports that the card had sold out and that Nvidia had 'won' with its 'challenging' pricing, my own stock check on various sites revealed that the RTX 4080 had not sold out at all and that perhaps the almost unanimous voice of the tech press had been heeded. Attention now turns to the forthcoming RTX 4070 Ti (name to be confirmed), the rebadged version of the RTX 4080 12GB. I think this card stands a good chance of being OK, actually. We need to accept that inflation is real and that the costs of 5nm silicon are not insignificant, especially in a world where two-year-old tech like PlayStation 5 has increased in price. Nvidia's own benchmarks suggest a circa 20 percent performance uplift over RTX 3080 10GB - and if the card arrives at $799, the combination of a linear relationship between performance and cost, an extra 2GB of RAM, very good efficiency, plus DLSS 3 might make this product a bit more appealing as an upgrade for owners of older GPUs.

The RTX discussion continues with a tip of the hat to Gamers Nexus, who put the legwork in to finally discover what's going on with the melted RTX 4090 power adapters/sockets - some welcome clarity after weeks of speculation/theory-crafting and noise. A number of plausible theories are put forward by GN's Steve Burke on how the connectors may fail until the final denoument - compelling evidence that affected systems did not have the power connector fully seated and that skewing the angle of the unseated connector is also a contributory factor. This was followed by a (somewhat overdue?) comment from Nvidia reflecting similar results. A revised connector design at some point looks to be the way forward, but in the meantime at least, RTX 4000 users now know how to avoid the issue, or to reduce the chances of failure heavily, at least.

Staying with RTX 4000, Alex and I share impressions of a new DLSS 3 update that finally allows for a completed G-Synced experience. Nvidia's requirement of running with v-sync off was at odds with DLSS 3's stated support for G-Sync - it meant that should the game exceed your G-Sync range, you'd end up with screen-tearing - which G-Sync is specifically designed to eliminate. The new update requires v-sync enabled in the control panel and DLSS 3 titles now stay within the VRR window, resulting in a big latency improvement over older drivers. Perhaps the biggest surprise for me was that DLSS 3 frame generation from 30fps to 60fps is now actually playable - it's still a 60fps experience with 30fps-like lag, but let's say you're gaming with a low-level RTX 4000 GPU - DLSS 3 would still provide a gigantic upgrade to the fluidity of the experience.

We missed the DF Direct Weekly Eurogamer blog post last week - and for those who missed the show, here's a complementary video embed for you.

Owing to the pressing nature of the RTX 4080 review last week, I didn't have time to post a blog for DF Direct Weekly #86 and we did receive email asking for one as the Eurogamer on-site player allows users to watch the show without ads within the content - so hopefully the embed above will help!

In DF Direct Weekly #86, the emphasis on the show was the question of how Xbox Series S may be 'holding back' next generation gaming. This is quite a complex topic that I need to find time to write a proper article about, but ultimately, the machine has the CPU, SSD and GPU feature-set required to run any game that Series X can. However, there are clearly limitations that perhaps aren't scaling in the way Microsoft envisaged. System memory allocation sees 13.5GB of useable RAM on X drop to 8GB or a touch more on Series S - and memory bandwidth is also impacted. However, to blame Series S for 'holding back' gaming simply doesn't reflect the reality of multi-platform development in a world where the Nvidia GeForce GTX 1060 is still the most popular GPU in the world, and where laptop iGPUs also need to be accommodated.

With that said, the Steam Hardware Survey is finally shifting! While GTX 1060 retains the hot spot, RTX 2060 now sits firmly in the number two slot and there are five RTX GPUs within the top ten.

As always, both shows are peppered with input from our backers at the DF Supporter Program, with input from our community helping to shape the show each and every week. So yes, please, if you enjoy our work and want the full-fat DF experience, join us!

Source: https://www.eurogamer.net/digitalfoundry-2022-df-direct-weekly-87-pokemon-scarlet-violet-witcher-3-remaster-ue5
We use cookies to ensure that we give you the best experience on our website. If you continue to use this site we will assume that you are happy with it. Ok