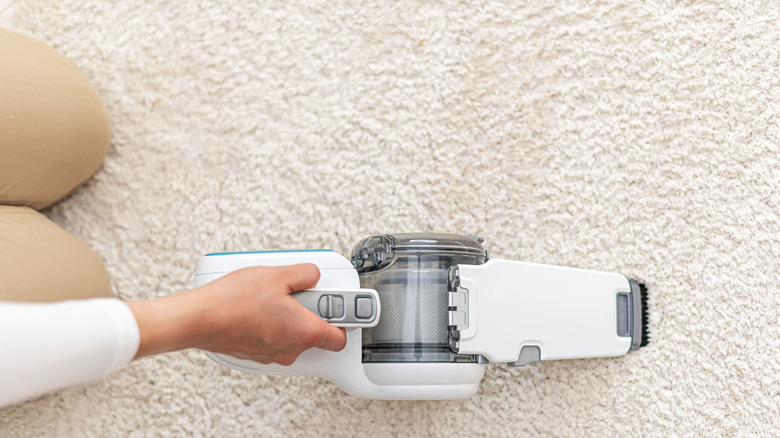 When it comes to common items that are used in our everyday lives, their origins are usually not very well-known. Much of the time we take these inventions for granted, while their original purpose and usage get left behind. Sometimes, these objects have surprising beginnings stemming from novel advancements in technology that turn into the spin-offs we use for daily tasks.

There are actually many of these sorts of objects which originated from NASA technology. Most of these began as a result of research in order to create more effective space technology, and the household items we use today tended to spring from making an astronaut's journey into space more comfortable and efficient.

Today, these items have made their way into our homes as more accessible versions which can provide us with uses for household tasks. Some of these items may surprise you with their history, so take a look at some of the NASA-invented technologies you likely use in your own life. 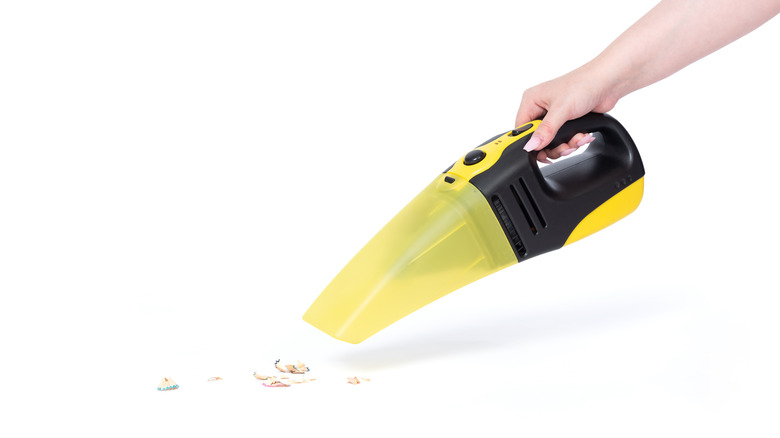 You may not suspect cordless vacuums to have anything to do with space, but in fact, they are a result of NASA's need for cordless power tools. NASA wasn't the inventor of cordless power tools; that was the work of a company named Black Decker in the early '60s. However, the company did work with NASA to test the creation of cordless power tools which could be used in space. As NASA explains, it worked with the company to make cordless tools that could operate in anti-gravity conditions. This allowed it to create a drill for the Apollo moon program, and it was used to gather samples.

After this work with NASA, Black Decker went on to create the cordless vacuum, also known as the Dustbuster, in 1979. The company's collaboration with NASA inspired it to expand its business with more cordless tools, such as a multi-tool product that could operate as a drill, trimmer, and vacuum. According to the United States Patent and Trademark Office, Black Decker found through market research that 92% of women found the tool's vacuum function specifically useful. Because of this, the company decided to create the Dustbuster cordless vacuum, which went on to generate $6 billion in sales for the company. 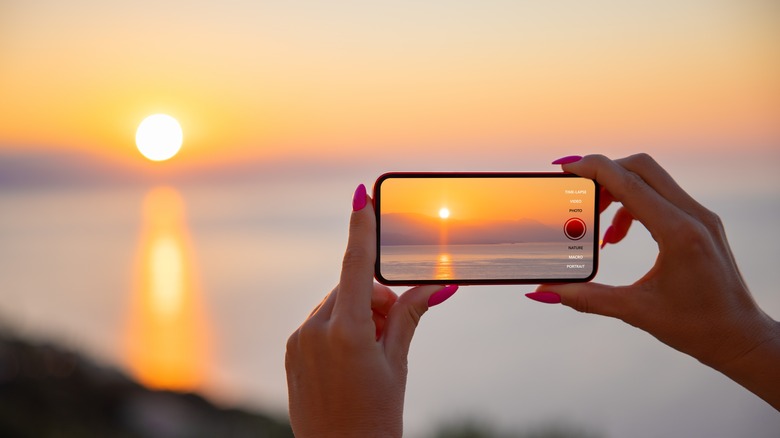 Although the first digital camera was created by Eastman Kodak, NASA was actually the mind behind digital image sensors. This is the technology that makes up nearly every digital camera today, and it is especially useful for smaller camera devices. In the 1960s, NASA's Jet Propulsion Laboratory engineer Eugene Lally first conceptualized the idea of digital imaging by using mosaic photosensors to "digitize light signals" (via NASA).

In the 1990s, another member of JPL, Eric Fossum, built upon the technology of the complementary metal-oxide semiconductor, or CMOS. This technology allowed NASA to create much smaller cameras for use in space, with smaller digital image sensors. Fossum went on to create the company Photobit to license CMOS technology to others. Eventually, this innovation made its way to commercial use, providing digital image sensors for web cameras, DSLR cameras, and cell phones (via NASA). This technology has certainly become widespread in the present day, especially with the adoption of digital cameras on smartphones. 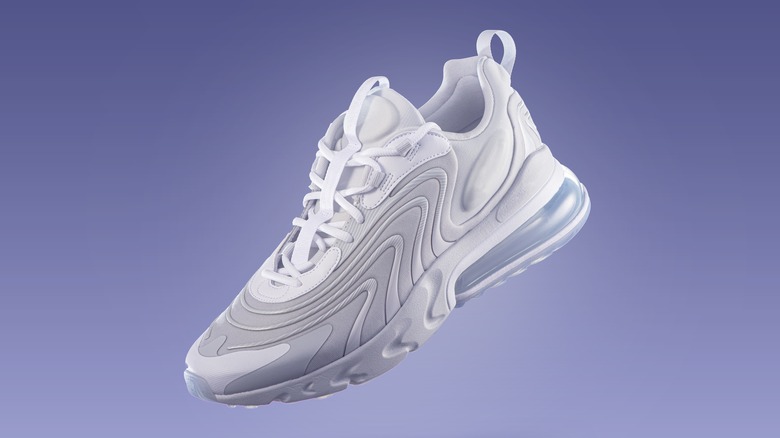 Athletic shoes were another product that got improved through NASA technology. NASA had been using a process known as "blow rubber molding," first used to create shock-absorbing helmets (via NASA). Later on, it also decided to apply this technology to shoe soles, allowing for a hollow sole that could be filled with shock-absorbing materials.

Then, in 1971, a NASA engineer named Frank Rudy decided to pitch shoe soles using similar technology to Nike. This led to the creation of Nike Air athletic shoes, which were filled with air cells in both the heels and the front of the soles. Since this first pitch and eventually the development of Nike Air shoes, these have become some of their most popular to date, and new versions of these shoes stem from this NASA technology. More recently, NASA has teamed up with Nike to create the PG 3 shoes using similar materials and colors as actual NASA spacesuit shoes, according to Yahoo. 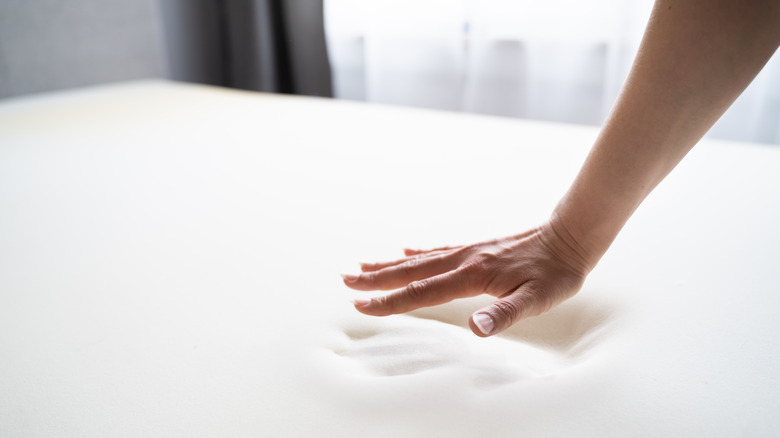 This extremely soft, shock-absorbing material was also born out of NASA technology. It was developed to be used for NASA's airplane seats to provide the best comfort as well as protective properties. This development began when NASA contracted Charles Yost to improve seating within airplanes to protect against crashes and turbulence. It was during this contract that Yost created memory foam technology, also known as temper foam (via NASA). This material allowed for effective shock absorption as well as provided softness and comfort. It's also well known for contouring to the shape of the pressure applied to it, meaning it can provide better support in a multitude of ways.

In 1969, Yost founded Dynamic Systems, Inc., in order to sell the temper foam technology to other companies. The rights to temper foam were then sold in 1974. Since then, the technology has found its way into many different products. 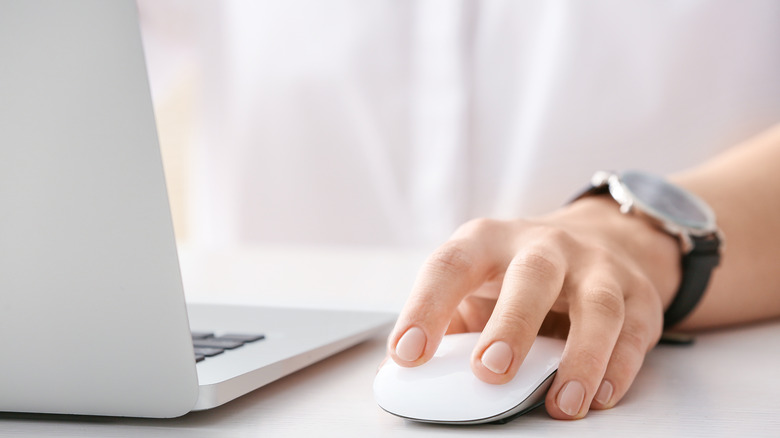 The computer mouse has been widely used for decades in order to navigate computers and browse the internet. However, not many know where this device actually originates from. The beginnings of the computer mouse began when Bob Taylor, who was a worker on flight control systems for NASA, wanted to find a way to make using computers more functional. As NASA explains, at the time, computers were still thought of as arithmetic machines and not much more. Doug Englebart, a researcher, felt similarly to Taylor and discussed with him finding a way to make computers more approachable. Taylor granted funding for Englebart's research in this area.

Multiple tools came out of this research created for using computers, but during the testing stages, they found subjects enjoyed the mouse the most. So, they went forward with this concept and developed the computer mouse we know today. Although we are moving away from computer mice and more towards touchscreen technology, the mouse has certainly remained useful for many years.

Source: https://www.slashgear.com/1031044/5-common-household-items-invented-by-nasa/
We use cookies to ensure that we give you the best experience on our website. If you continue to use this site we will assume that you are happy with it. Ok